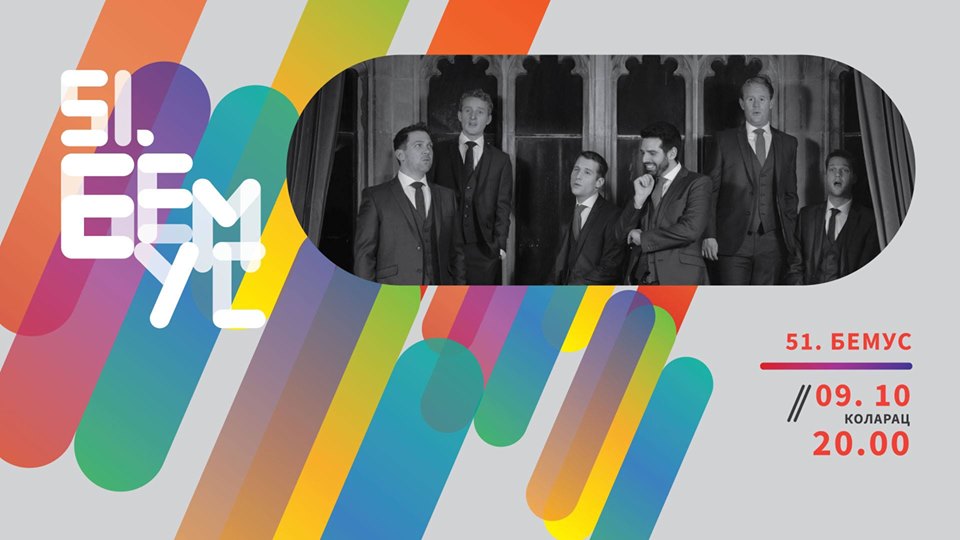 Studentski trg 5, Belgrade, Serbia
09.Oct.2019
20:00BeogradSrbija
Do you like this event? Click on a button to like it!
The Queen’s Six is a vocal sextet founded in 2008, at the 450th anniversary of Queen Elizabeth I’s coronation, whose name is used in its name.
All members of The Queen’s Six are official singers of St. George’s Chapel at Queen’s Court in Windsor and all live within the castle walls. The Chapel Choir, consisting of the voices of boys and twelve adult professional male singers, performs at about eight services a week, as well as at private and public events, often before the royal family.
Now Dan, Tim, Nick, Dom, Andrew and Simon have joined forces to bring their unique style of performance to a much wider audience. Their repertoire extends far beyond the choirs: from early tunes, embellished Renaissance polyphony, lavish madrigals and emotional folk songs, to overpowering arrangements of jazz and pop tracks.
Ticket prices: 800, 1200, 1500 din
Tickets are available online:
https://www.tickets.rs/program/51-bemus-the-queens-six-1271