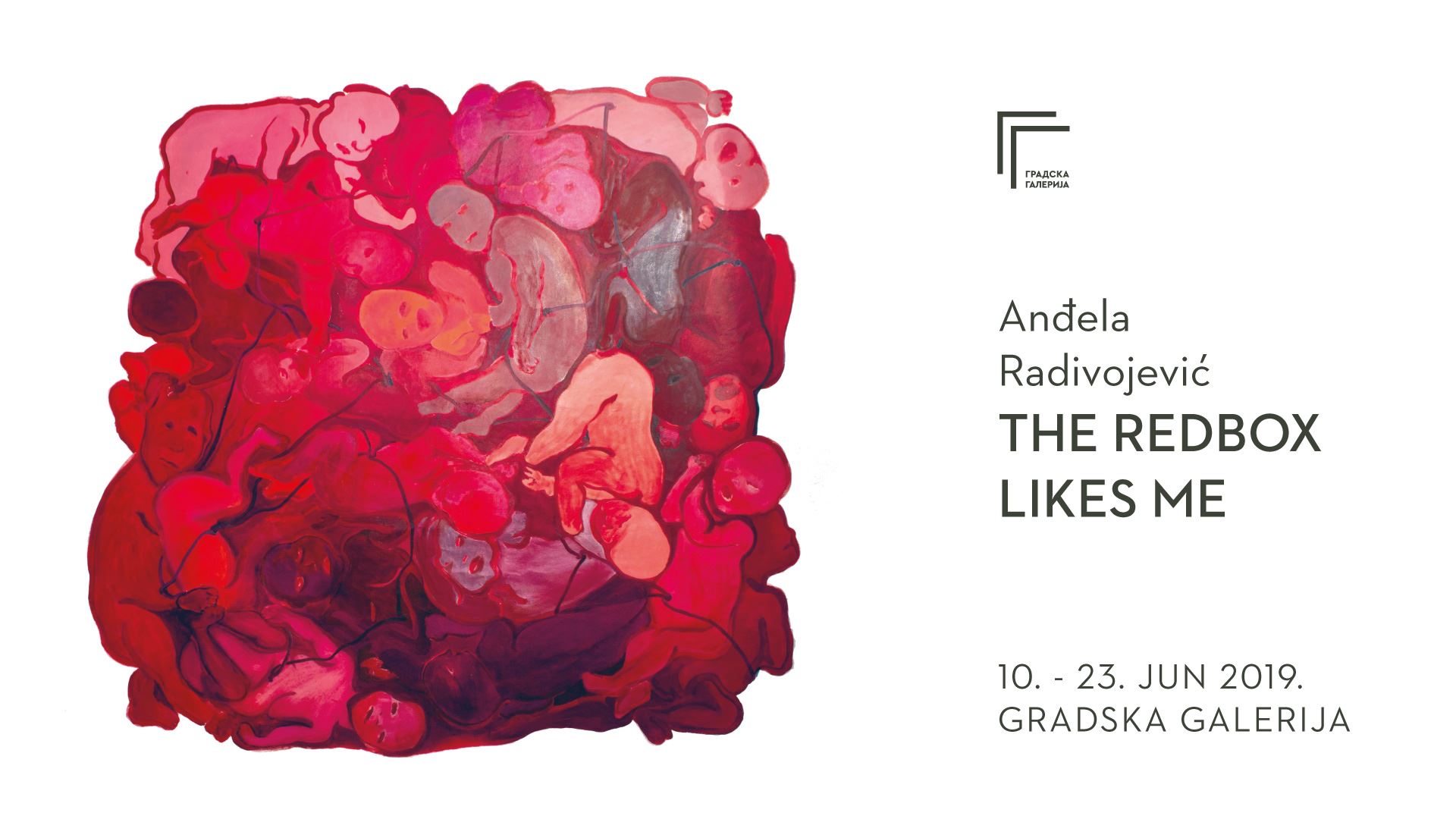 Braće Krsmanović 4, Belgrade, Serbia
10.Jun.2019 - 23.Jun.2019
14:00BeogradSrbija
Do you like this event? Click on a button to like it!
Gallery Grad continues its tenth annual exhibition season on Monday 10 June at 8 PM. Exhibition opening in question is a solo project of paintings and drawings by Anđela Radivojević titled The Redbox Likes Me.

As a freshly graduated painter from the Faculty of Fine Arts in Belgrade, Radivojević has been invited to spend one semester in China, at the Xi’an Academy of Fine Arts. While in China she had an in depth study of traditional Chinese painting styles and spent additional time period mastering some of the techniques, shown in this project premiering in Cultural Centre Grad.

Through a series of drawings and paintings, red color penetrates not only as a formal element, but it carries a set of symbols by which the author records her research in the domain of interpersonal relationships and the emotions of the Millennials generation, that she belongs to. Starting from the notion that we can not escape our own emotions, Radivojević concludes that the majority of young people just suppress them, with primarily negative consequences. Redbox as this series’ leitmotif depicts a kind of category that contains these emotions, mysteriously blended into a complex relationship that can be found in the emotional card of any individual. Therefore, Redbox gets its own identity and overcomes the human figures in paintings and drawings. It is changing its nuances and intensities in the same manner as a person managing a flow of emotions. In her artist statement, Radivojević has given an equation of this body of work: Red = Emotions = Human. With this relationship in mind, her artworks should in fact encourage the successful management of emotions that begin with their manifestation, because emotions are an inseparable part of an individual personality. Thus successful management of emotion starts with expressing them.

This whole series surely invites the viewer to think, and observe the red color, which should, in some way touch the viewer in an aesthetic sense at least, if not by the psychological impact of such a strong color as red. The Redbox motif differs from one artwork to another, posing a puzzle for the viewer to be solved based on one’s emotional instincts. This way it could be treated as a Pandora’s box of emotions, a box that unveils the suppressed, thus liberating with a positive effect in the end.

The audience will be able to dive into The Redbox paintings and drawings on rice paper until June 23, every day from a to 8 PM.