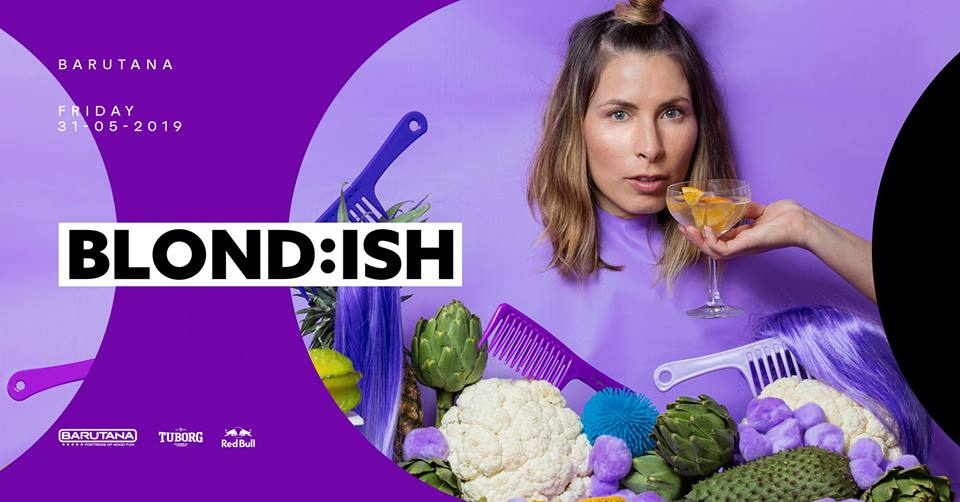 Barutana, Belgrade, Serbia
31.May.2019
23:00BeogradSrbija
Do you like this event? Click on a button to like it!
Originally from Montreal, with current residence in London, Vivie Ann Bakos, better known as BLOND: ISH will perform on Friday May 31st at the walls of Barutana.

The Blond project: Ish appeared on the stage as a duo in 2008. During the ten years of joint work, Vivie Ann Bakos and Anstascia D’elena performed at festivals and clubs around the world, and their material was on editions of the world’s most respected publishing houses, when electronic music was in question, such as Kompakt, Get Physical , Noir Music. By proving that they do not fit into classical musical stereotypes, they became famous for their unique mix of deep house and techno sound, along with various other genres. Earlier this year, this Canadian duo split and Vivie Ann continues Blond: Ish as a solo project, bringing a new music, energy, happiness and spirituality, through their individual performances and productions. The new phase of Blond: Ish and its success are already reaching great proportions, through the remix of Black Coffee’s “Wish You Were Here”, a debut appearance at the Coachella Festival, as well as an American tour that follows.

The previous year was one of the most important years in the Blond: ish project, which was marked by the founding of the Abracadabra publishing house, a series of Abra events, including the Tomorrowland Festival Stage, another outstanding performance at the Burning Man Festival, international touring on Circoloco, and resident in Ibiza within WooMoon parties, HI Ibiza parties with Black Cooffee and resident in the beach club Scorpios in Mykonos. By combining entrepreneurship and environmental activism, Vivie Ann gathered a significant number of clubbers last year and organized a very successful beach cleaning in Ibiza, together with locals and environmental activists. She also took part in the IMS and ADE Green panels, discussing burning issues, and at the same time advocating for her Bye Bye Plastics Initiative.