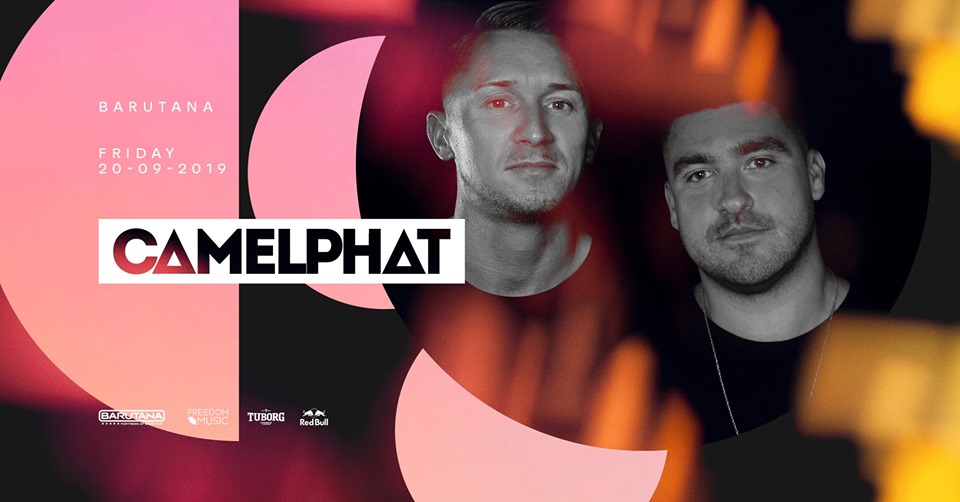 CamelPhat proved as DJs during the music dynamic studies, long before they started with their own production. They create authentic, timeless house music. They enjoy the support of other DJs since its first release in 2010, which is growing year by year. Adam Beyer, Adnan Twins, Annie Mac, Carl Cox, Danny Howard, Eric Prydz, Erick Morrillo, Gorgon City, Groove Armada, Hot from 82, Huxley, Mark Knight, Pete Tong, Riva Starr, Sasha, Sonny Fodera, Tiga and The Disciples are just some of the top DJs that have played their music full of emotion, strong bass lines and lightweight synth sounds. Their tracks can be heard everywhere, from major publishing houses to the most respectable andergraund labels, CamelPhat’s diversity and timeless big room house tapes have their place on the great international house and tech scene. CamelPhat’s dancer’s career progressed rapidly in 2014, when their tracks “The Act” and “Paradigm” reached the top of the Buzz Chart. The following year, “Constellations” repeated the same, a tape that was declared Ibiza’s anthem that year, and could reasonably be heard on every corner of the “white island”. That same year they had first international and festival performances, and Pete Tong declared them breakthrough act in 2015. Next, in 2016, Danny Howard declared “Trip” for the best track of summer festivals, while Annie Mac premiered it on BBC Radio 1 as a special hit. After these great releases came the top remixes that worked for MK, Foxes, Billon, Robosonic, Seinabo Sey, 4Tunne500, Illyus