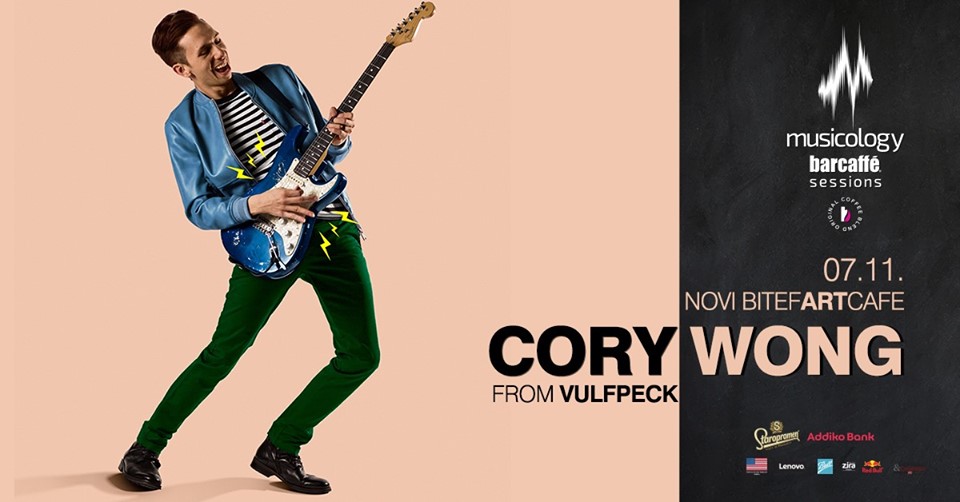 Bitef art cafe, Mitropolita Petra 8, Belgrade, Serbia
07.Nov.2019
22:00BeogradSrbija
Do you like this event? Click on a button to like it!
BAND GUITARIST “VULFPECK”, CORY WONG, FIRST TIME IN BELGRADE WITH YOUR BAND!
One of the most successful guitarists of today and a member of the band “Wolfgeck”, Cory Wong, will perform in Belgrade on November 7th at the cult club Bitefartcafe, on his famous and now regional series, Musicology Barcaffe Sessions, with his band.
Born in New York, Cory Wong grew up in Minnesota, where he began his career playing jazz clubs and producing, before joining the biggest funk sensation in 2015, the Vulfpeck band he started with regularly. to go on tours around the world.
This guitar player is known for his light improvisation skill, cheerful spirit that is ubiquitous throughout his performances, and his flexible right wrist. An eternal optimist who goes through life smiling and boldly pointing out that his goal is much greater than making people think he plays the guitar fantastically.
When he was 16, Wong suffered a major head injury that resulted in a loss of feeling in his right hand, followed by poor forecasts from doctors he did not allow to prevail. Over time, he managed to cope with every difficulty to become one of the most acclaimed guitarists, songwriters and producers today, whose album, symbolically called “The Optimist,” appeared on Billboard’s list of top 20 jazz albums last year.
Influenced by Prince, Jackson, Earth, Wind