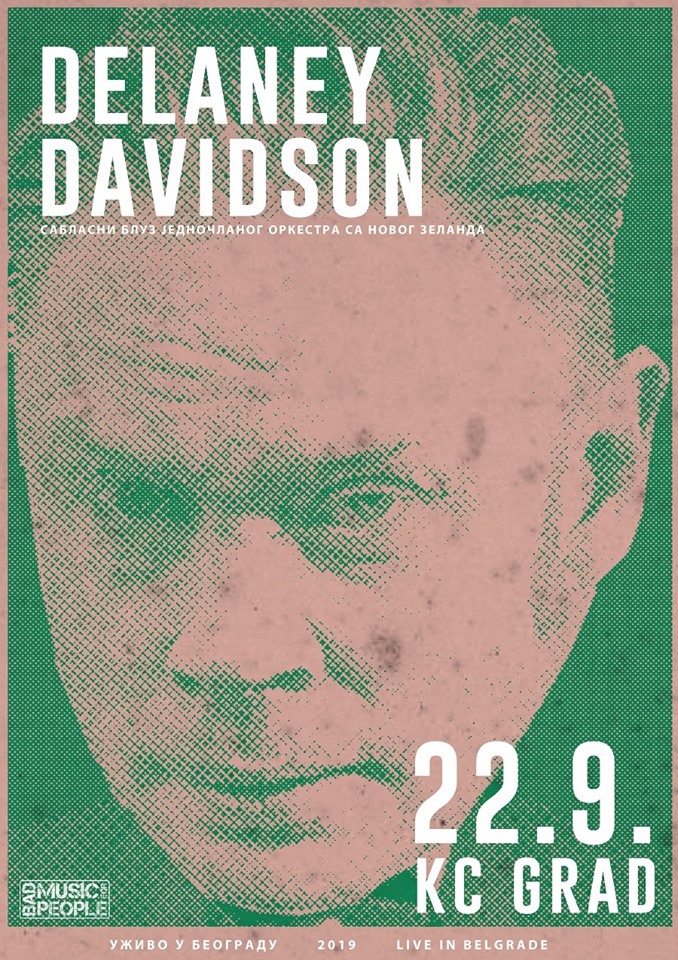 Braće Krsmanović 4, Belgrade, Serbia
22.Sep.2019
21:00BeogradSrbija
Do you like this event? Click on a button to like it!
This New Zealand gentleman and breakout features one of the most exciting vocals in modern rock music. Vocal that you will instantly recognize, if you hear it before. Not only is it unique and suggestive, it is at the same time dark and melancholy, and at times such that it freezes blood in the veins. Bowie Murphy Brel in an unconventional and disfigured country style that mixes Delaney with other, mostly European styles. Dylan Davidson’s music career began in 2002 with the cult Swiss band The Dead Brothers, with whom he recorded two albums (“Flamend Herz” 2004 and “Wunderkammer” 2006 both for Voodoo Rhythm Records) and played all tours during that period. In 2007 he released his first solo album “Rough Diamond”, in 2008 the second “Ghost Songs” and in 2010 “The Port Of Amsterdam” and “Self Decapitation”. In the same year, he won the sad song competition in Berlin, and in 2011, in a very fierce competition, he won the competition for One-Man bands in Zurich. In 2011, he released his fifth solo album, Bad Luck Man (Voodoo Rhythm), after which his solo career began a serious uphill run. he is recording the album Sad But True – Volume One with young and talented Marlon Williams and several NZ colleagues. That record will bring him his first valuable tribute at home as New Zealand’s best country album of the year. It’s a little paradoxical that he made his career outside of New Zealand, and also because Delaney lives like a vagabundo, he’s constantly on the road, touring Europe and America. 2013 with a similar crew releases “Sad But True – Volume Two” in its own direction, followed by the third part of “Sad But True – Volume Three”, which will establish him as the absolute champion of New Zealand country sound, as confirmation of the end of 2014 For the third time in a row, the best country song of the year was chosen by Daley (Whiskey).