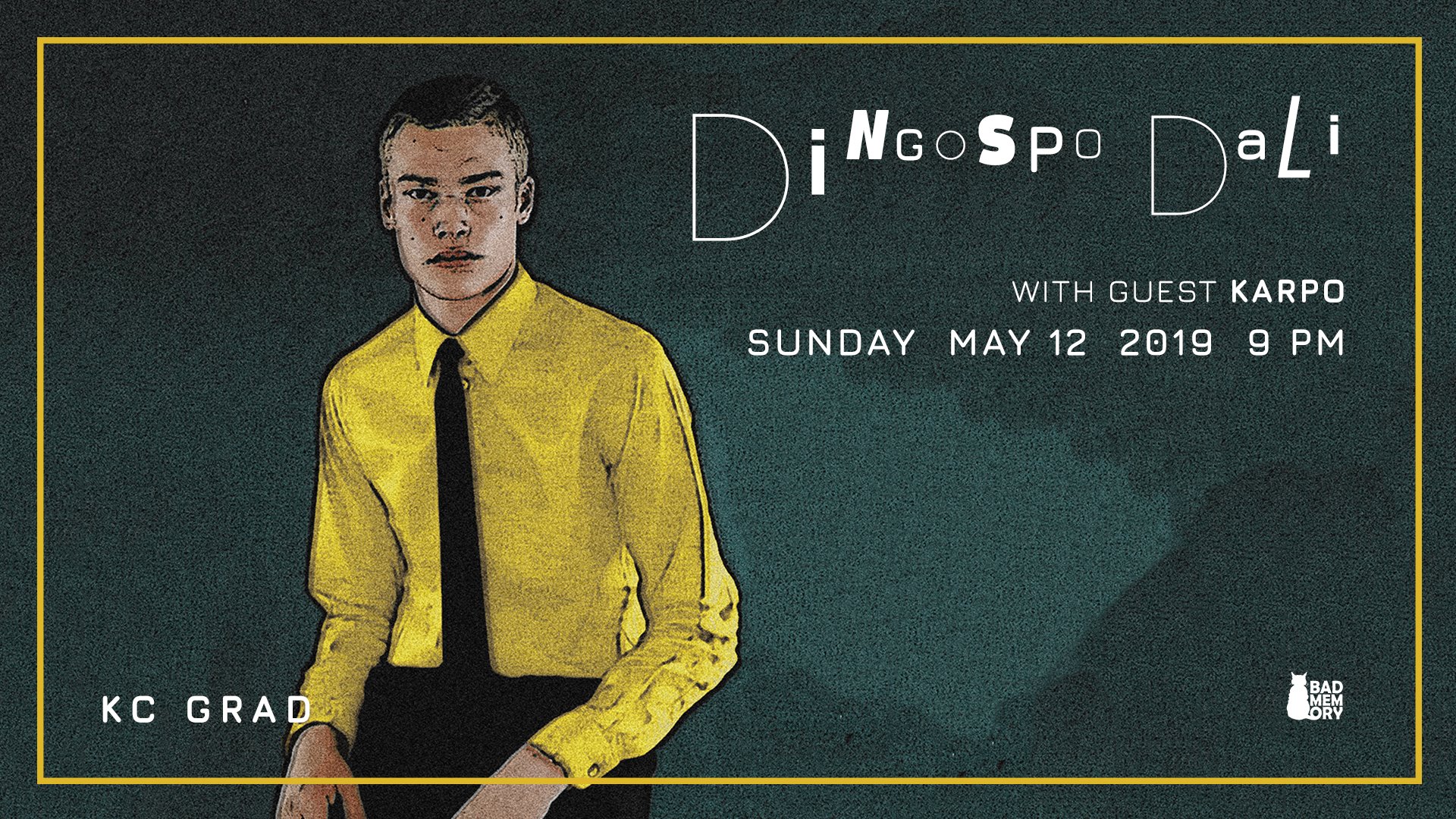 Dingospo Dali alternative rock band, founded in 2011 in Belgrade, is a melancholy and passionate genuine blend of altruism and popmysticism that authentically connects groove rhythms with delicate vocal and guitar parts. Divided into parts, this is a composition that is capable of whipping, breaking, tantric approaching, or those romantic ideas. One of the few who enters with such an attitude into the genre without load and contains a dose of anger that enters into a disciplined meditation which makes the concerts of this band a unique experience. With the single and spot “Weakness” https://www.youtube.com/watch?v = 9eDs-fKTeAM Dingospo Dali announces the upcoming concert for May 12 in KC Grad, and this single is also announcing a new album titled “About Something Beautiful” in the release of Long Play, which is expected by the end of this year. The song was recorded in the studio Šamarčina in Vrbas, production and mix was performed by Boris Mladenović in the studio O in Digimedija, master Doktor Mix / London /, the video was shot, directed and edited by Girizd Daniel “Stavro” who articulated the lyrics of the song artistically. In addition to the famous things and the new single “Slabost”, the concert will be premiered with several more singles from the upcoming album “About Something Beautiful”.
Dingospo Dali consists of: Sandra Vidojević – vocalNemanja Bulatović – bass guitarNikola Vidojević – drumNikola Mišić – electric guitarMarko Mićanović – electric guitar
So far, Dingospo Dali has published a studio album “As long as I think this is the second world” / Long Play, 2017 /, https://www.youtube.com/watch?v=wWq7w6OUr5s which is highly rated by music critics , and the Balkanrock portal ranked him in the top 30 regional albums in 2017
. They paid attention to themselves after their victory at the first television competition of demo bands Bunt Rok Masters in 2015, organized by Emission Bunt and another program of Radio Television Serbia and Radio 202, in which a large number of demo bands took part. They won the song “Do not Ask”. After that, there were performances at numerous festivals throughout Serbia and countries in the region. They were part of Arsenal Fetival, Exit and Demofest in Banja Luka, where they also came to the finals, Beerfest in Belgrade, Zaječarske gitarijade, Rock Vilidž festival in Banatski Sokolovec, Bedem Fest in Nikšić, Park Fest in Uzice and others. They also noticed a great performance in Hall of Sports when they opened a concert for Swedish indie rock band Mando Diao in December last year.
The concert will be opened by guests for 21:00, young Belgrade garage indi / surf band Karpo.

Karpo was founded in 2017, and in just over a year, the band was extremely active, both creative and performing. Behind them there are already several demo recordings and performances, of which performances are presented as pre-gigs to the Belgrade bands Virvel and Crvi.
Karpo consists of: Jovan Ilic – guitar / vocalTodor Parabucki – bass guitar / accompanying vocal Ognjen Drobac – guitarJovan Marjanov – drum
Tickets for a price of 400 rsd can be purchased at KC Grad and the price of the tickets at the entrance will be 500 rsd.
I’ll see you on Sunday, May 12th from 21:00 in KC Grad!