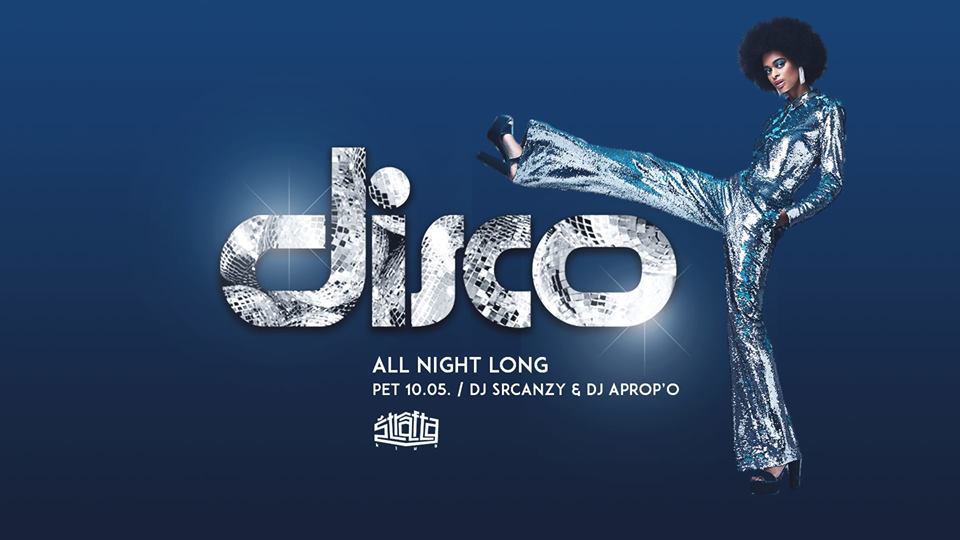 Admirala Geprata 14, Belgrade, Serbia
10.May.2019
22:00BeogradSrbija
Do you like this event? Click on a button to like it!
✨✨✨DISCO STRAFT All Night Long ✨✨✨
FIST Festival Opening Ceremony – Festival Of International Student Theater
We return to New York in the ’70s and’ 80s in the golden days of clubs such as The Loft, Paradise Garage, Studio 54 and hot disco funky rhythms played by greats Larry Levan, David Mancuso and John Morales.
We embrace until the morning with the widest selection of DISCO songs of all ages and styles, all for the ultimate and brighter part of this weekend in the city … This Friday opens the 14th International Student Theater Festival with the disco revolution in Štrafta! The future stars of film, theater and television from Great Britain, Italy, Russia, Croatia, Bosnia and Herzegovina, Slovenia, Slovakia, as well as students from the Faculty of Dramatic Arts from Belgrade will be with us tomorrow.
Tandem DJ Srcanzy is waiting for you on the counter