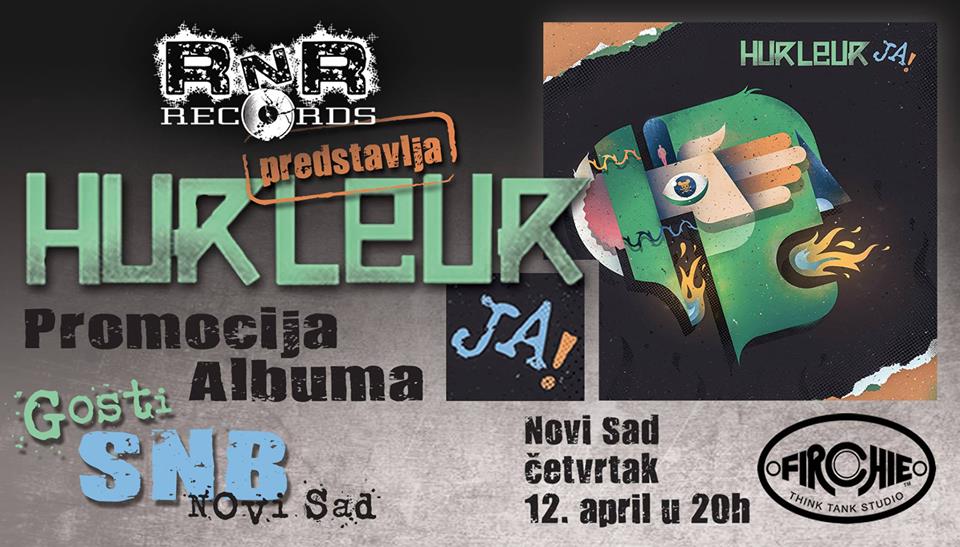 Hurleur is active from Negotin, active since 2012. Years are made up of young boys, but with already experienced experience. During the years, they have been very active, and not a small reputation they have gained in performances at prestigious local festivals and manifestations such as: Belgrade Demo Fest Live, Exit, Arsenal Fest, Zaječarska gitarijada … They played a large number of clubs concerts, and have several notable performances in Bulgaria, where they have gained a large number of respectors. They perform a highly energetic variant of punk rock, which few leave indifferent when performed live.
They are constantly active in concert and have a proper tracking experience with them over the past years. They have a single Demo release from 2015 called “CAI”, and in December 2017 they are debut full-length for “RnR Records” – “I”.