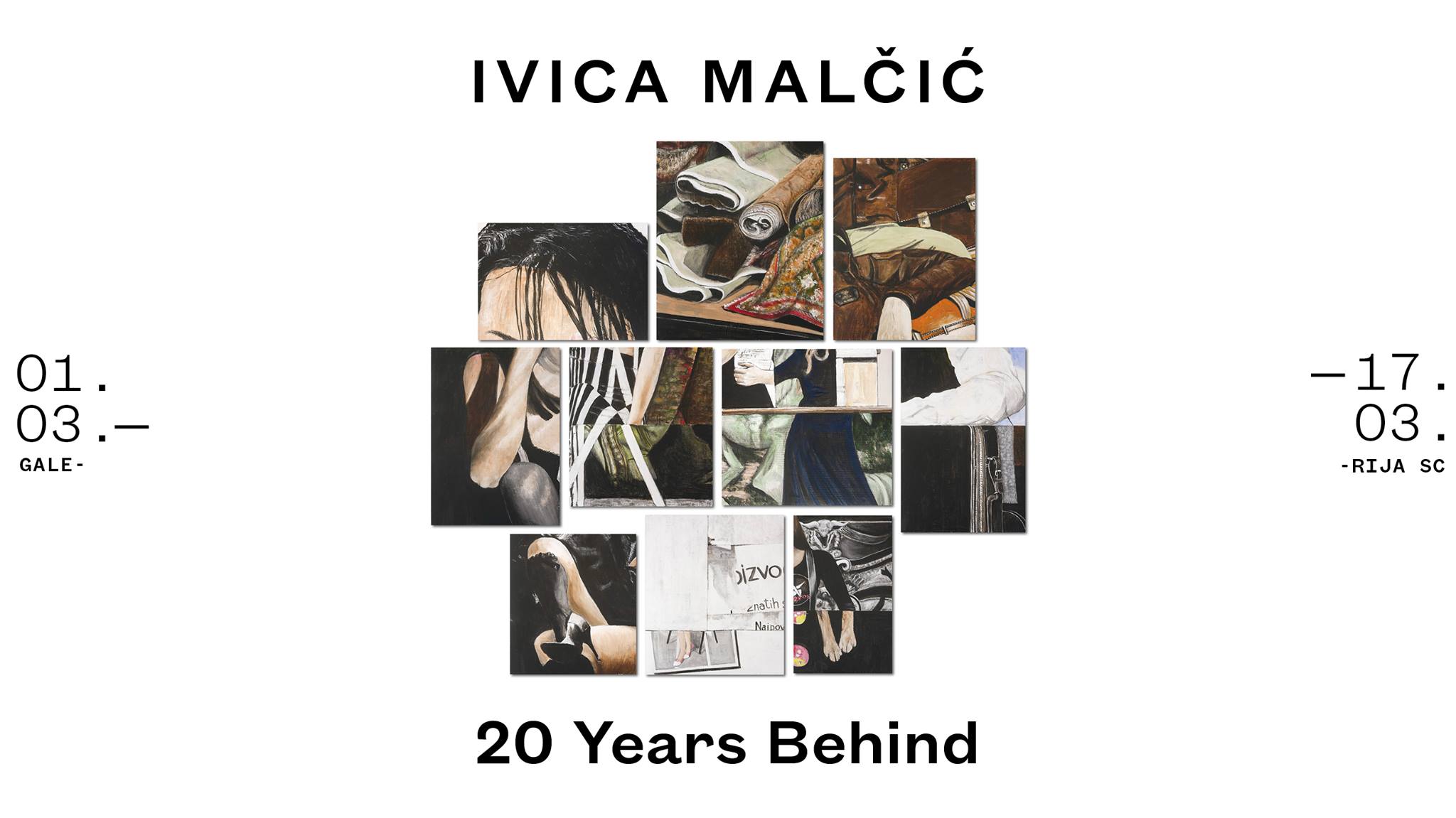 The 20 Years Behind exhibition adds to the concept of exhibition in the same gallery every ten years that Ivica Malčić began at the VN Gallery 1994 – 2004 – 2014 and continued at the Gallery 2007 – 2017. In the SC Gallery he exhibited in 1998, missed exhibit in 2008 and now exhibits two completely different cycles; Obituaries of Art and Accidental collages, as two exhibitions in one: one for missed 2008, and the other for 2018.

Ivica Malčić (1964, Zagreb), 1996. graduated from the Academy of Fine Arts in Zagreb in the class of prof. M. Šuteja. 1998 – 2002 intensively exhibited in Zagreb every year for 100 pictures. So far he has exhibited at 21 solo exhibitions and more in common.

Art is my religion

One of the standard procedures in constructing the work of Ivica Malcic is to point out some quotation or one’s own thoughts in a sentential or aphoristic form, and the content of which is read as a direct statement of the author’s “glance at the world”. But the parole form itself and the semantic directness itself make it clear that they “think” how much the expression of the need for publishing their own views is so much an intellectual play, paraphrase or meta-sentence. That is, the verbal “comments” that surround the image display function equally as the name or explanation of the image, the author’s view or even his “statement”, but also as an ironic and self-directed relativization of painting “thoughts” up to the limit of uncontrollable humor or pure paradox.

If at first we are not sure about the meaning and pretension of Malčić’s printed sintagms, we are still less likely to give a diagnosis for his pictorial scenes. The first is the reason for the plethora of topics and motives that they deal with, which span the range from large, universal content to small, incidental and trivial events. Malčić’s need to talk about everyday life with pictures and texts, to comment literally on everything that is happening around him in some way is still settled: first, by the fact that everything is an expression of radically subjective interpretation and, second, that there is a will to form whole (cycles) according to some thematic and problem components.

One of such entities is the so-called. obituaries, paintings that, due to the accentuated black border, are reminiscent of this typical form of the picked folklore. As to this, of course, it gives them the character of “mortal seriousness” Malčić uses the possibility that his sentence and scenes that are taking place in the pictures will be subjected to high, mortal fate, demands of art, culture, social norms and life in general.

By selecting events from the daily offer of newspaper titles, Malčić establishes a kind of egalitarian norm in which image quotations from the world of politics, crime, sport and spectacles are placed in a non-hierarchical relationship, giving the same importance to all life manifestations of “brutal reality” as this segment of the painting qualifies the author himself. The steady rhythm of daily “downloading” of media-exposed events will not, however, emphasize the official consistency in registering the reality as to how to refer to the nature and reality, to the confused, anarchic, schizophrenic (visual) reality surrounding the author. The thoughts and quotes of art, culture and their own artistic importance come as the (artificial) whiteness of a complex world of real life: how much art and the artist himself will be in the position of repairing this world, how much the essential character of his engagement will be determined is, of course, but through the very form of this statement, form – death certificate. Thus, the former author’s intentional and declarative mocking and gentleness, which he served in his artistic strategy, his wickedness and anarchy, dwells a bit on life and art pessimism. But, as previous offensiveness was just a good strategy for the camouflage of a skeptic and melancholy, the present “pessimistic” paintings are merely the expression of an artistic subject who fights for the “last breath” to make the painting (or any other testimony) a trace in the general contradiction of life. The maniature of creation (every day, a painting or similar concept of rability), which Malčić has been applying for years, will not make him a hero of work, but will consolidate the view that the persuasiveness and ethics of artistic work are in direct relation to the existential print of that daily printing of visual and verbal comments.