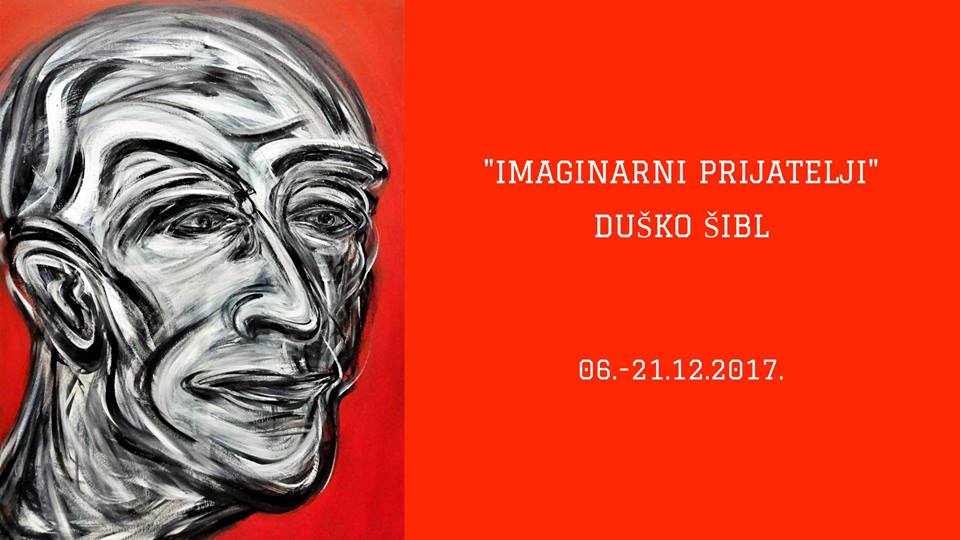 The artist of his “Imaginary Friends” depicts acrylic on paper in 60×40 format while remaining in a new cycle consistent with his recognizable style. Imaginary friends have retained a figurative expressionist composition and continue to the previous cycles of sensual-poetic portraits.

Duško Šibl was born in 1951 in Zagreb in1977. graduated from the Philosophical Faculty of the University of Zagreb as a group of comparative literature and art history. He graduated from London at the Byam Shaw School of Art in 1982. He graduated in 1986 at the prestigious Royal College of Art. Since 1982, he has been exhibiting independently and has participated in many collective exhibitions in Croatia and Europe, and has been performing for several years (Livrpool, Unity Theater 2008, Zagreb, Dance Center 2009). He lives and works alike in Zagreb, London and Dubrovnik.