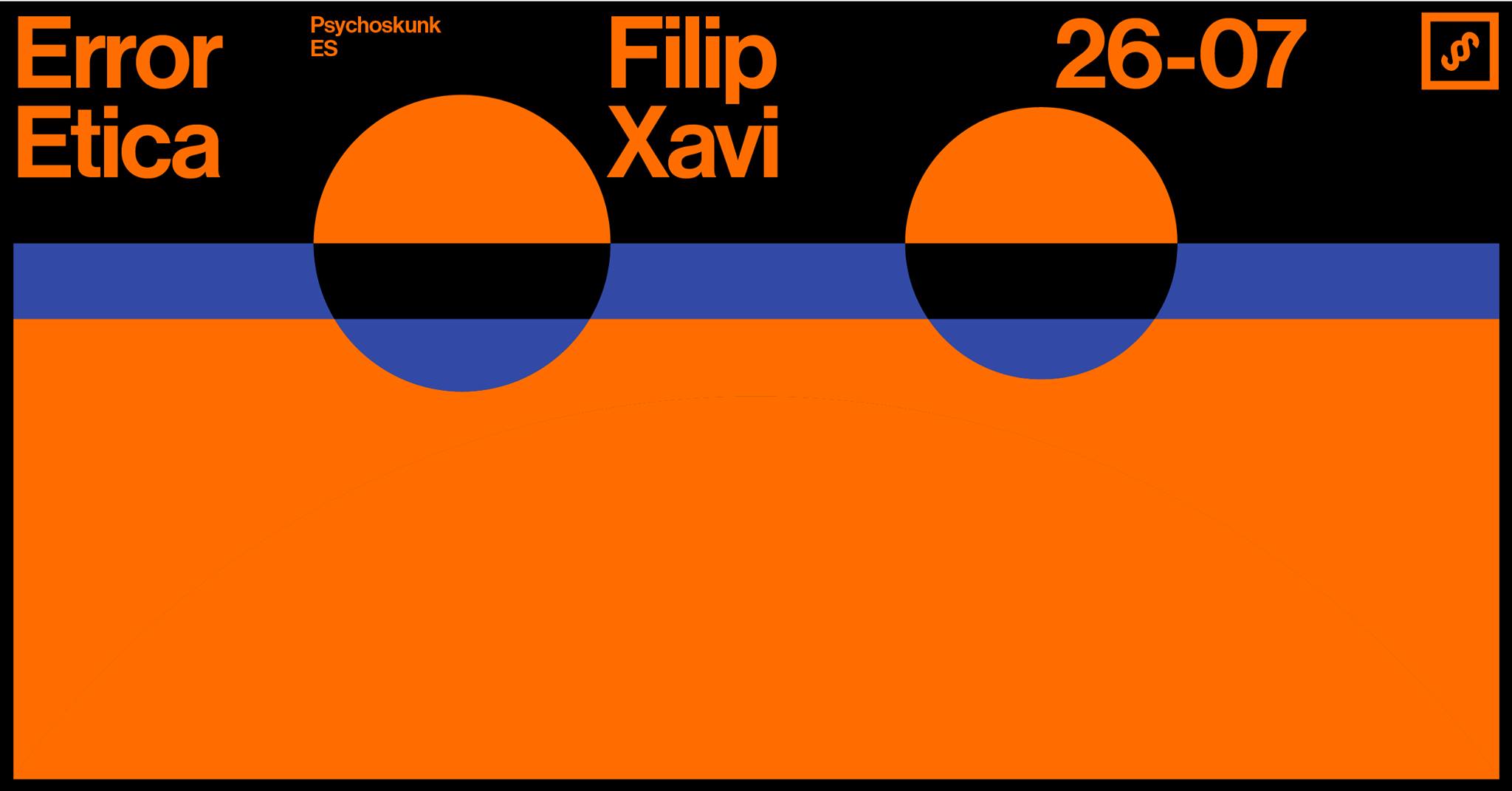 Bulevar despota Stefana 115, Belgrade, Serbia
26.Jul.2019
23:00BeogradSrbija
Do you like this event? Click on a button to like it!
Your techno summer thickens as Drugstore resident, Filip Xavi, invites Spanish DJ, producer and founder of Psychoskunk, Error Etica, to the Garden.

Error Etica aka Victor Martinez, the owner of Psychoskunk Recordings, is the techno reference point in northern Spain, with a career that spans over 20 years and more than 30 releases. Victor has developed a unique and personal style that can be experienced in his dj sets exploring through many subgenres of the electronic music, playing in legendary clubs around the world such as: Tresor and Suicide Circus in Berlin, Contra (Seoul), Reverb (London), Moog (Bcn), Cassette (Madrid), Lärm (Budapest), Cürk (Prague), Gamma Club (Tourin) .Víctor’s music has been release on : Redsonja, Tsunami records, Granulart, Pole Group, Reclaim your city, Nachtstrom Schallplatten, Sonntag Morgen, Sect London, Subsist, Pohjola and many more…

Being faithful to his style and philosophy, Victor is in a continuous evolution aiming for a new sound and new dimensions of techno and
evolving in various fields of contemporary music.

After a Boiler Room appearance and several gigs abroad, Belgrade based producer and Drugstore resident DJ, Filip Xavi, is back with more new material than ever, most notably the recently released “Undercurrent” on Semantica.

TICKETS info to be announced