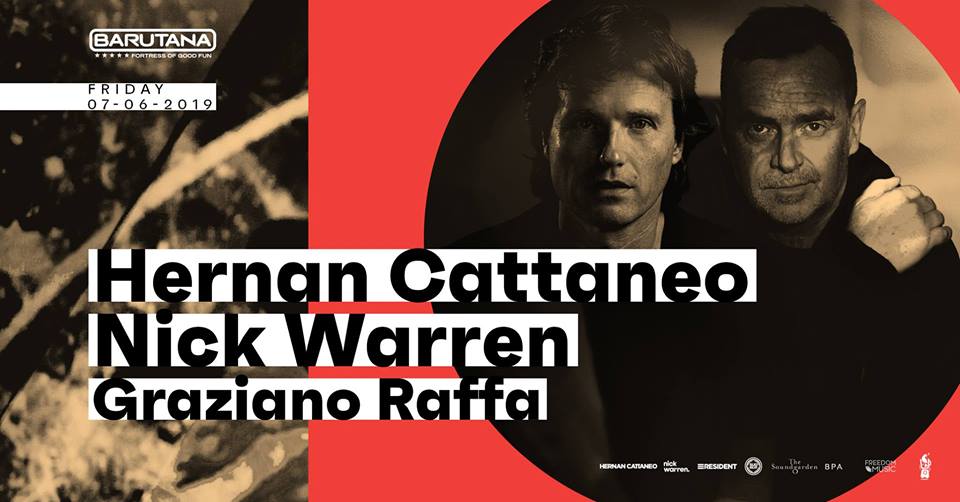 Barutana, Belgrade, Serbia
07.Jun.2019
23:00BeogradSrbija
Do you like this event? Click on a button to like it!
Hernan Cattaneo is an Argentine progressive performer with a career spanning three decades and a prominent personality in the culture of Buenos Aires, will perform on Friday, June 7th in Barutana. He will be joined by longtime fellow – progressive house veteran Nick Warren, as well as young Italian DJ Graziano Raffa Dj.
Tickets will soon be sold through the networks of Eventim Serbia and GIGS TIX.
————————————————– ————————————— Hernan Cattaneo is much more than a performer, he is one from the leading underground artists who moved the Argentine house from the bar to the international scene. His sound stretches across the boundaries of progressive, house and techno music. The turning point in his career occurred in 1998 when Hernan met Paul Oakenfold in Buenos Aires. Oakenfold was at that time the most famous DJ in the world, and he liked the music Hernan played, and offered him to perform with him around the world. That decision changed Hernan’s life forever. He is the founder of the Sudbeat Publishing House and Resident Broadcasters, which aim, in addition to the new music of renowned producers such as Guy Ja, Nick Warren and Henry Saiz, the world of performances and young talents.
Nick Warren is simply the Ambassador of Electronic Music. There are eight albums released for Global Undergorund with releases signed for Renaissance and The Balance Series publishing houses. His entire discography and popular The Soundgarden mixes make him one of the first superstar di-james in the world, and he maintains that title for decades. Warren’s musical breadth and diversity make each of his performances a unique listening experience, and his specific approach to music has enabled him to connect with claves at a global level.