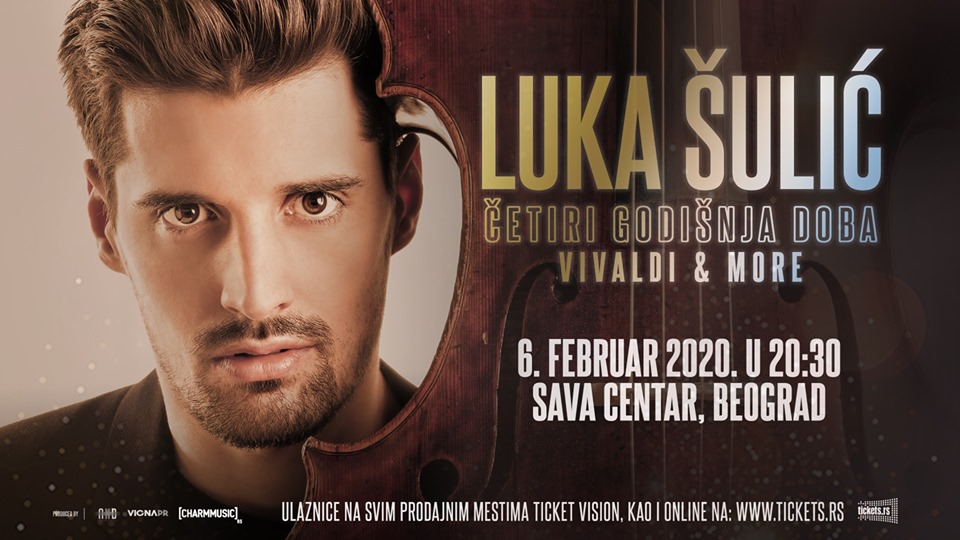 ✅ FEBRUARY 6, BELGRADE, SAVA CENTER
🎟 Tickets will be available from Tuesday, September 24 at 12.00 at www.tickets.rs, as well as at the Sava Center box office.

LUKA SULIC performs worldwide combining solo classical performances and appearances as part of the world-renowned supergroup 2CELLOS. He started his music education in Maribor at the age of five. When he turned fifteen, he became one of the youngest students ever to enroll in the Academy of Music in Zagreb, in the class of Professor Walter Despalj, where he graduated at the age of 18. He continued his education in Vienna with Professor Reinhard Lack. Šulić completed his master’s studies in cum laude at the Royal Academy of Music in London in 2011.
Luka Šulić is one of the most beloved and respected musicians on the international scene because of his virtuosity and passion that he imparts at every performance. With his new project, he will become the first musician in history to perform the entire version of Vivaldi’s “Four Seasons” for solo cello. and orchestra.