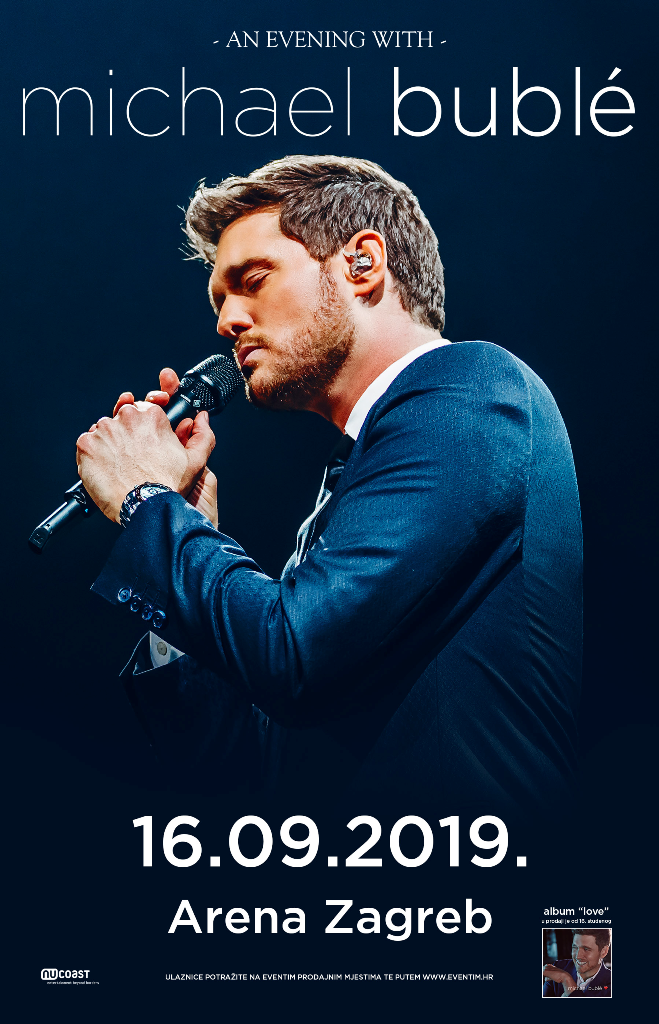 (“love”), which begins in Florida on February 13 next year. This is the fourth major tour of Michael Bublé’s rich career, and her first part includes 27 US cities, including a concert at the legendary Madison Square Garden in New York and the Stapeles Center in Los Angeles. The European tour starts on May 20, 2019 in Birmingham, and in addition to a number of UK cities and a concert in Zagreb, the singer will visit and cheer up his fans in Ireland, Austria, Italy, Switzerland, Spain, Portugal, Finland, Norway, Denmark , Germany, Bulgaria, Belgium and the Netherlands.
“I’m back to work for what I’ve been created for.” I’m returning to a world that loves love, romance and laughter more than ever before, and I’m channeling it through new songs, “said Michael Buble. because of the family situation, he was out of the music scene for a while.

(“love”) is a proof of the power of music and its healing power – in this case, not just for the listener but also for Bublé: “It is true that I should have made this album and that it was very therapeutic to me. this genre is the essence of me. They perfectly fit me and act so naturally. “The latest album

(“Love”) is a cross-section of the unhappy love classics in glittering new arrangements, including My Funny Valentine in Michael’s supreme interpretation, La Vie En Rose, who sang in a duet with Cécile McLorin Salvation while Loren Allred breathed new life with Kris Kristofferson’s slump Help me make it through the night. Emotional center of the album

(“love”) is his co-authorship song Forever Love, which tells of his favorite role of father and vulnerability and strength that comes with unconditional love. Tickets for this concert show on sale will begin on November 23, and will be available through the ww .eventim.hr and at their sales outlets.