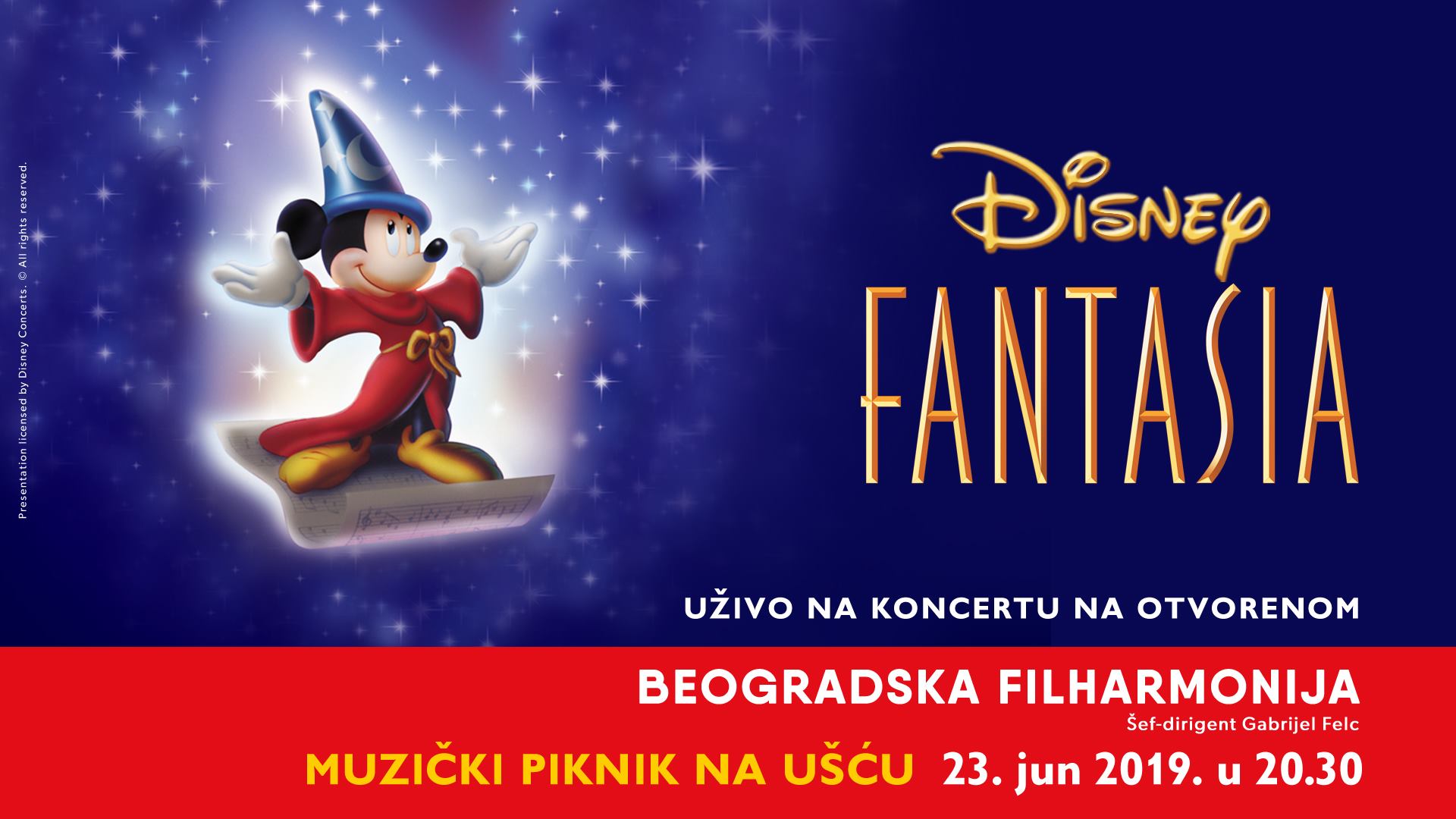 Blok 13, Belgrade, Serbia
23.May.2019
20:30BeogradSrbija
Do you like this event? Click on a button to like it!
Welcome to the third spectacle in the open air of the Belgrade Philharmonic!

The famous Disney “Fantasy” is being performed live by the Belgrade Philharmonic, together with the boss-conductor Gabriel Felcom, at a free open-air concert that will be held on June 23, 2019!
For the first time in the region, at the traditional Philharmonic Picnic at Usce, the audience will enjoy the most beautiful animated spectacle of all time along with famous classical music tracks that the orchestra will live live under the big screen.
The Belgrade Philharmonic Orchestra received the right to present and perform this sensational production – a high-quality projection of high definition, which is a compilation of the original film by Volt Dizni from the 1940s “Fantasy” and the film “Fantasy 2000”, officially never displayed on our premises. Thus, absolutely all generations will have a unique opportunity to enjoy the combination of traditional and computer animation.
In addition to the famous scenes of the triumphal Disney classics such as “The Magician’s pupil” with Mike Maus or the legendary dance of ostriches, Nile horses, elephants and crocodiles, we will see new sequences from the restored masterpiece, premiering at the Philharmonic Concert.
The concert is free!