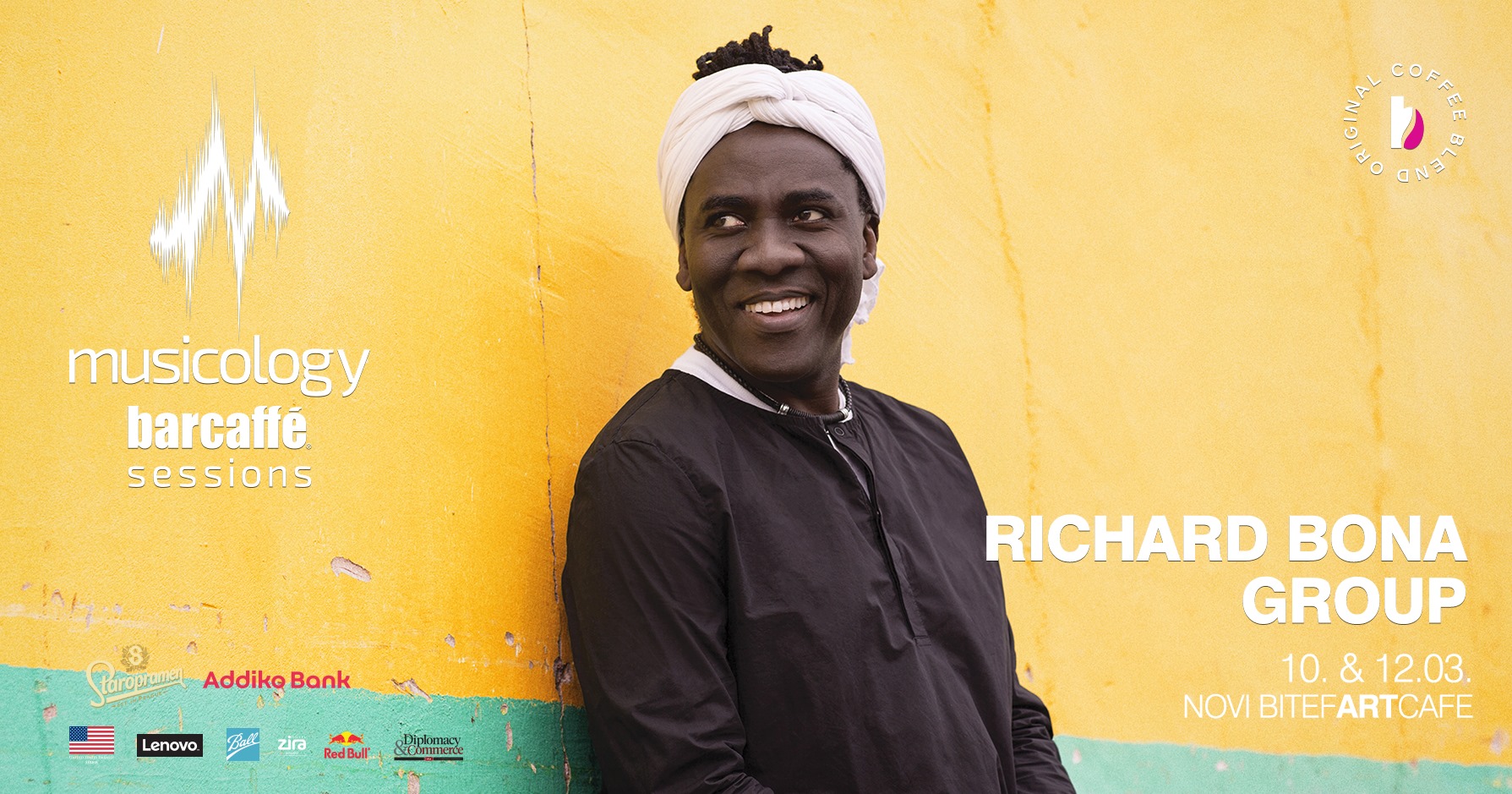 We are pleased to announce the FIRST PERFORMER of the #MusicologyBarcaffeSessions Spring Season in Belgrade.

Bona and his band will hold two concerts at the cult club Bitefartcafe on March 10 and 12 and he will open the spring edition of Musicology Barcaffe Sessions concert series.

He was honored with the most important international awards, such as “Grammy” and “Victories du Jazz Award” for the best international artist in 2004, he played and recorded with giants such as Mike Stern, George Benson, Pat Metheny, Steve Gadd, John Legend and many others.

Richard Bona will perform with his five-member band in composition: