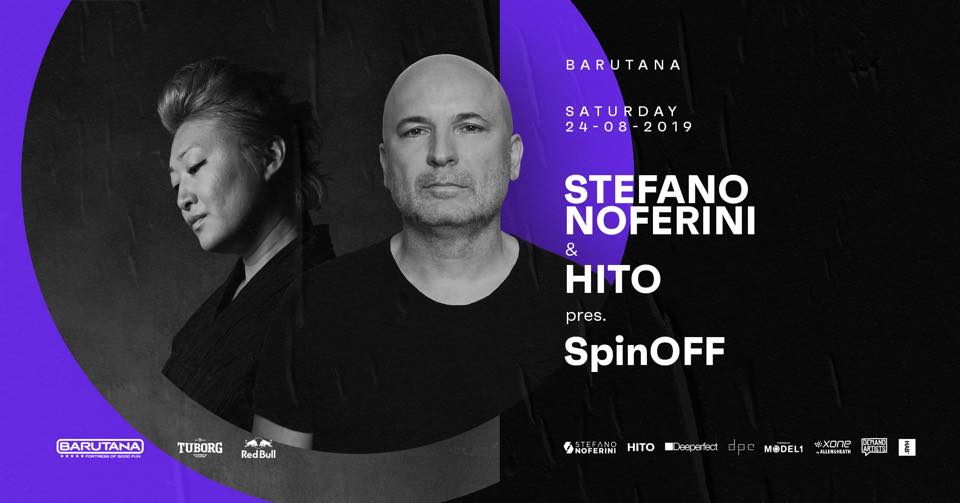 Kalemegdan, Belgrade, Serbia
24.Aug.2019
23:00BeogradSrbija
Do you like this event? Click on a button to like it!
Charming and energetic Japanese HITO will finalize its special techno record collection on Saturday, August 24th in Barutana. That night, the stage will be shared with Stefano Noferini, one of the most respected Italian haus di-dzhews and producers.
Limited Contingent tickets are available for sale via Ticketvision and Gigs Tix sales networks, at a price of 790 for a partner and 990 for VIP.
HITO is vinyl only di-jay, and carefully selected new boards are an integral part of her sets. Its crude resolution of music originated from Japan and expanded into the Andergraund core of Ibiza and Berlin and reached the very tops of music lists. HITO is the world and unofficial ambassador of the Japanese subculture. Except for vinyl, her performances are distinguished by the fact that she is always dressed in the kimono, traditional costume of her country. She is highly respected among her colleagues because of her plate collection, the deep techno sound that revolves and incredible ability to win the audience. HITO is the winner of various awards and awards. Her career culminated in 2012, a resident of ENTER at Ibiza, which lasts even today. She is an unavoidable part of Richie Hawtin’s ENTER.Sake a series of party parties. He is also in the team of the Ambassador Model 1 mixer. Last year she decided to establish her own OTO publishing house, along with Hito presents OTO parties.
Stefano Noferini is one of the most respected Italian DJs and producers. His radio show is one of the key points of the Italian haus scene, which created a symbiosis with his homeland. The years of top-selling productions have placed his top position on the dance music scene. It can be safely said that every DJ has at least one of its tape in its collection. He is one of the DJs that other DJs always love to listen to. When he is in the mix, the audience knows that he will take them on a musical journey. Stefan’s tapes are bought in large quantities at Beatport, and are often in their first positions. His tapes and remixes are on the playlists both commercial as well as andergraund di-dzhe. He was nominated for the producer who made the biggest breakthrough on the scene in 2010, and in 2011 he was nominated for the year. He also tested in commercial waters for Pitbull, Shakir, Lady Gaga and Beyoncé, and has number one hit on the Billboard Hot Dance list. When it comes to clubbing, Noferini is at the top. The Ministry of Sound, Euphoria, H20, F-135, Space Miami, Space Ibiza, Cocoon Frankfurt, Lief Festival, Sankeys and Row 14 are always crowded when it’s for a DJ counter. His addictive driving rhythms and the brilliant command of the music that he plays makes people dance to the last bite. Stefano Noferini continues to expand his global influence by expanding his famous Radio Edition. Currently, millions of people from 15 countries listen to it. His Deeperfect Records publishing house provides the audience with a high-quality sound inspired by seductive brushes. There is no doubt that his labels are highly respected everywhere in the world. However, his incredible sets for which his audience always wants to listen to this innovative master. While others merely mix music, Stefano Noferini transferred the art of di-jinging to a higher level. He has the ability to reach our desire to play and wake up to real haus clusters that will make you play like never before. He is all that dens music represents.