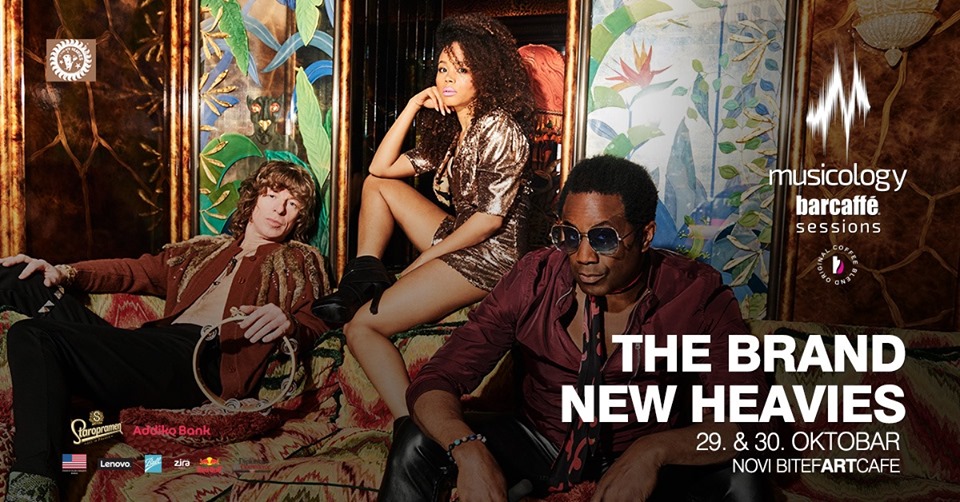 The Brand New Heavies return to Belgrade with new album! End of October to mark London’s Acid jazz scene Authentic jazz / funk / soul / R’n’B band, The Brand New Heavies, will perform two concerts at the Belgrade club Bitefartcafe as part of the Barcaffè Sessions Musicology concert series, October 29-30. The pioneers of London-based Acid Jazz, The Brand New Heavies, have transformed their great love for funk funk from the 1970s into a sophisticated sound that goes the way of classic soul, in an era dominated by hip-hop. The band’s founders, Jan Kincaid and Simon Bartholomew, are both songwriters and producers who have 16 songs on the world’s top 40 charts and have sold over 2.5 million copies of their albums to date. The band was formed in 1985 as an instrumental band inspired by the rare then current grub club scene in London. Soon the band got a brass section as well as vocalists. In recent years, they have been working on a new album, recently released on September 6th, entitled “TBNH”. The band has already embarked on a world tour, and their arrival in Belgrade will mean that the Serbian audience will be among the first to have the opportunity to hear songs from the new album. The Brand New Heavies performed in Belgrade three years ago, where they performed sold-out concerts as part of the same series, which is why the series’ organizers have scheduled two more dates this year for audiences to enjoy their performances on October 29 and 30 at the Bitefartcafe cult club. Tickets for the concerts can be purchased online or at www.tickets.rs