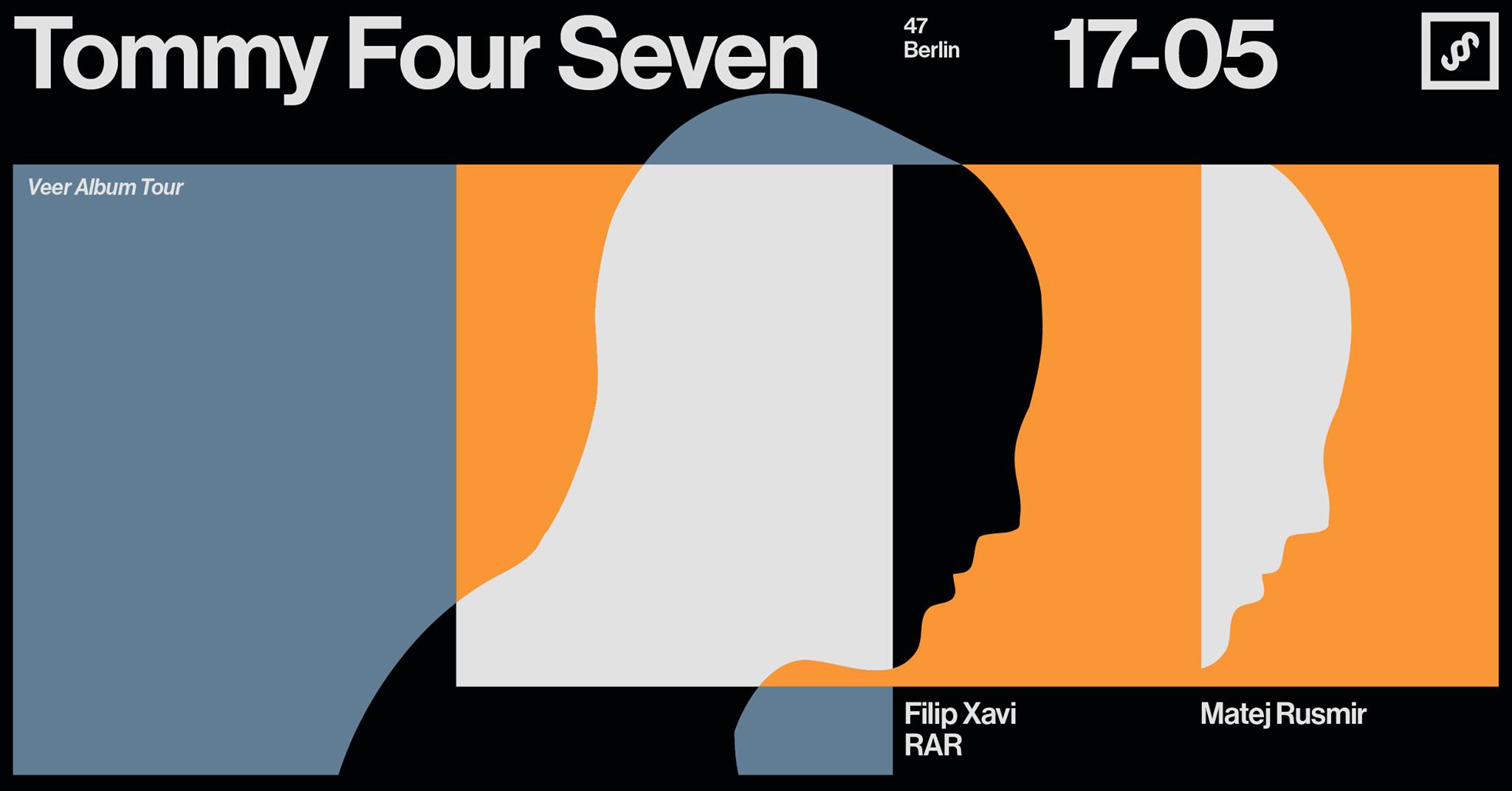 Bulevar Despota Stefana 115 Beograd
17.May.2019
23:00BeogradSrbija
Do you like this event? Click on a button to like it!
Ahead of the release of his second album ‘Veer’, Boss of 47 record label revisits Drugstore.
LINEUP
Tommy Four Seven (47, UK)
Filip Xavi (Subsist / Sonntag Morgen)
Matej Rusmir (Drugstore)
RAR (Music Reactions)
Tommy Four Seven’s sets at Drugstore remain some of the most memorable techno parties in our club. As one of the eclectic voices of today’s techno, Tommy celebrates 15 years on the electronic music scene in 2019. On 47, Tommy has released music by Ancient Methods, Phase Fatale, SNTS, Headless Horseman and Oake. Three years ago he started the Numerology event series, located in the vaults of a former coin factory in Berlin which had Broken English Club, Demdike Stare, Paula Temple, Shackleton and Surgeon as guests. This year, as the 20th release on 47, Tommy’s second album ‘Veer’ will see the light of day. Drugstore party comes within an extensive album tour including dates at Shelter in Amsterdam, Revive Festival in Warsaw, Berghain in Berlin, Fabric in London, HEX in Barcelona, WAS in Utrecht and Knockdown Centre in Brooklyn.
TICKETS info to be announced