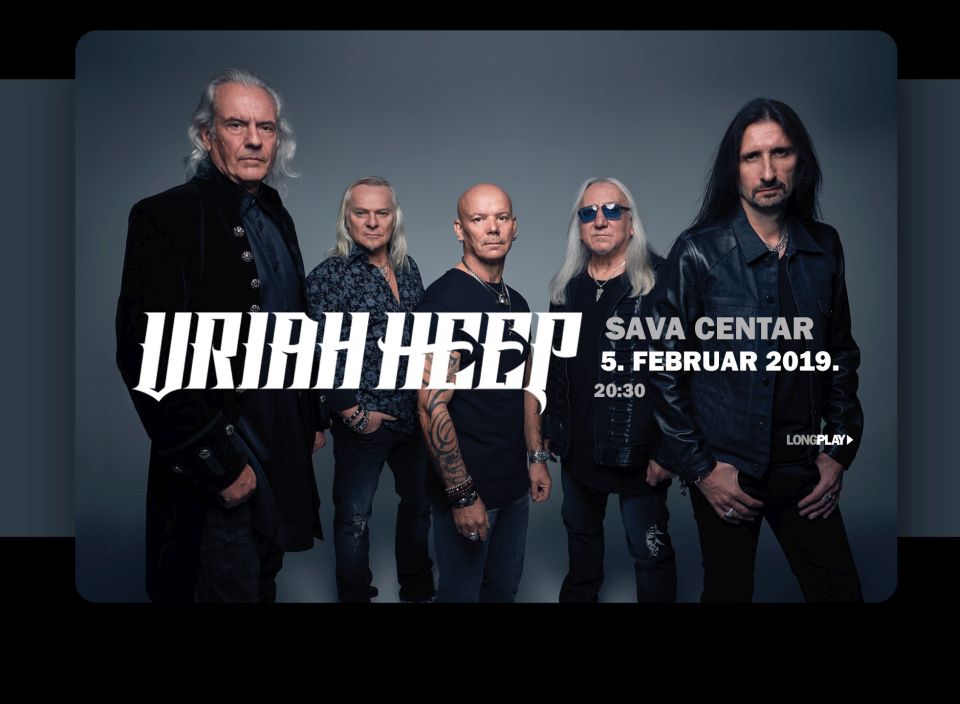 The legendary British hard rock band Uriah Heep will hold a concert on February 5 (20:30) at the Sava Center in Belgrade, as part of a European tour on the new album “Living The Dream”.

“We are excited to come to greet you with a lot of passion. Do not worry, besides new things (with ‘Living The Dream’) we’ll play old classics such as’ Gipsy ‘,’ Easy Livin ‘,’ July Morning ‘,’ Lady In Black ‘… There will be plenty of things to do, a great set of charts that cut across our career from the first to the last album. See you! “, Says the co-founder of the band, guitarist Mick Box (Mick Box).

Founded in 1970 in London, Uriah Heep set up one of the hard rock rockers with the debut album “Very ‘eavy … Very’ umble” the same year, and along with the generic Led Zeppelin, Black Sabbath and Deep Purple printers, contributed to the subsequent establishment a unique British hevi metal form. In the first phase of the work, besides the Box labeled charismatic singer David Byron (1947-1985) and keyboardist and author Ken Hensley, Heep released their classic albums “Demons and Wizzards” (1972), “The Magician’s Birthday” 1972), “Sweet Freedom” (1973) …

After numerous personal changes, the band from the mid-eighties came to the keyboard of Phil Lanzon and Bernie Shaw, with whom gradually Uriah Heep turns into a powerful rock-climbing machine that continually cruises the world, managing to perform up to 125 performances annually in front of about 500,000 visitors. In addition, Uriah Heep has sold over 40 million albums worldwide for over 50 years.

“Our 25th album brings new power and new tunes to our live performances, and I’m sure fans will appreciate the raw power and Uriah Heep’s traditional musical features that have made the band last for so long,” says Bernie Shaw, and Mick Box adds : “The new album of the kid … We still dream of our dream … Rokenrol circus called Uriah Heep is still rolling, and I hope it will be long …”