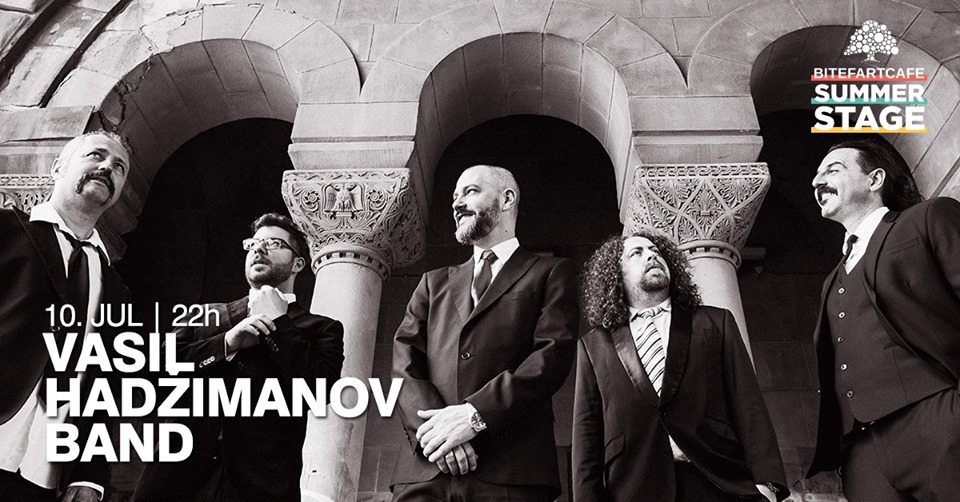 Mali Kalemegdan, Belgrade, Serbia
10.Jul.2019
22:00BeogradSrbija
Do you like this event? Click on a button to like it!
Vasil Hadžimanov Band will hold a concert on the summer scene of Bitefartcafe on Kalemegdan, July 10th!
Vasil Hadzimanov is certainly the author who, in one of the key moments of national music history, in the time of a defensive production vacuum that would support the true values, correctly perceived the message of the predecessor and translated it, inspiring it, into an authentic musical statement. All editions and the music of Vasil Hadžimanov in Serbia was proclaimed for works of art of cultural significance for this country.
So far, VHBand has released 7 studio albums, which have come across fantastic reviews around the world. With their talent, work and constant movement of borders, band members are recognized by world critics as top musicians, each in their category. So far in his successful career, Bend has been collaborating with great stars and performing at prestigious festivals, and he has also built a very successful career.
Their seventh album, Lines in Sand, was released by the American publishing house MoonJune Records. With this album VHBand again moves the boundaries of progressive music, which music criticism around the world re-recognizes and rewards highest ratings, and great reviews.
VHBand:
Vasil HadžimanovBojan IvkovicBranko TrijićMiroslav ToviracPredrag Milutinović
Concert tickets are available via
www.tickets.rs service: https://bit.ly/2wPiTwj
www.ddtickets.rs service: https://bit.ly/2WILva8
You can take the first contour of the tickets at a price of 800rsd for the upper part of the club (closer to the stage) and 500rsd for the lower part of the club (away from the stage).
* The lower part of the club is 3 steps lower than the top. *

* All tickets are for standing.

* Booking of tables and seater is limited, and reservations are possible only after the purchase of tickets.

* Reservation in the seater does not imply a seating position for all persons, but it depends on the position of the seater and the number of persons who are within a reservation.
Reservations: 063594294