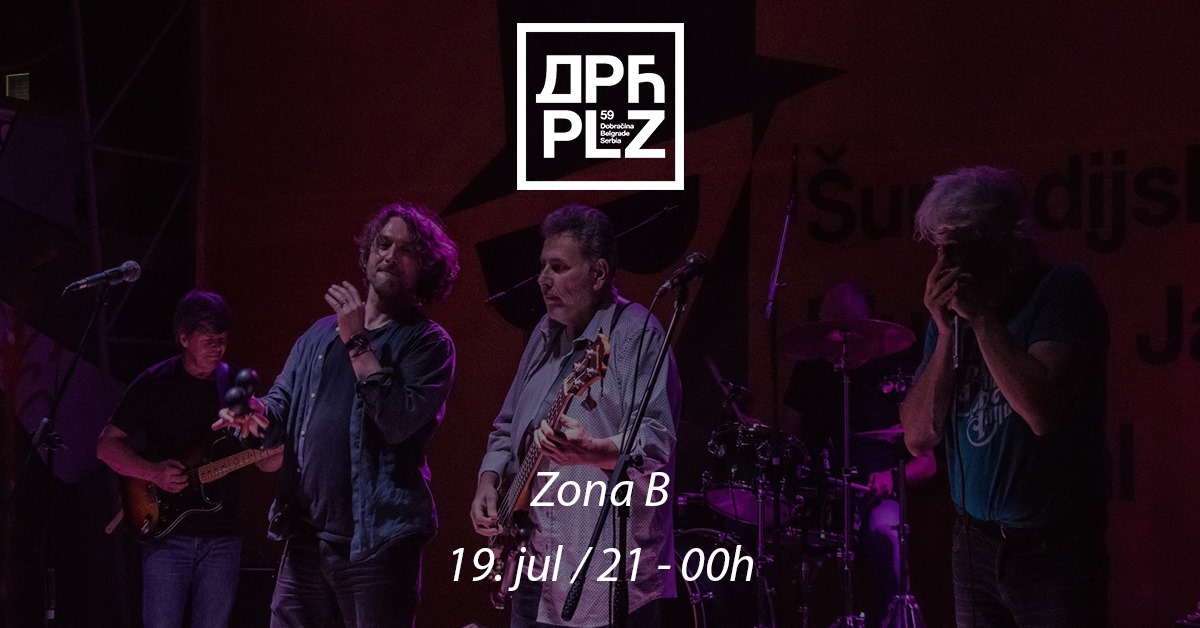 The idea of creating the band was initiated by drummer Dusan Ristic, singer Lola Savic and guitarist Tom Rakijas on November 29, 1987, in the place of Vladimir Buce Filipovic. The first concert was performed in February 1988 in the club “Mašinac”. In addition to the mentioned members, Zdenko Kolar, former bass guitarist “Idoli” band, joined the band. Later, the band joined Duda Bezuha primarily in studios and then in concerts. The band performed the cover versions of blues classic by BB King, Muddy Vaters, Fleetvood Mac, JJ Cale, and became one of the most important clubs in Belgrade.
Come to our courtyard on the 19th of July starting at 21:00 to enjoy the sounds of Zone B!