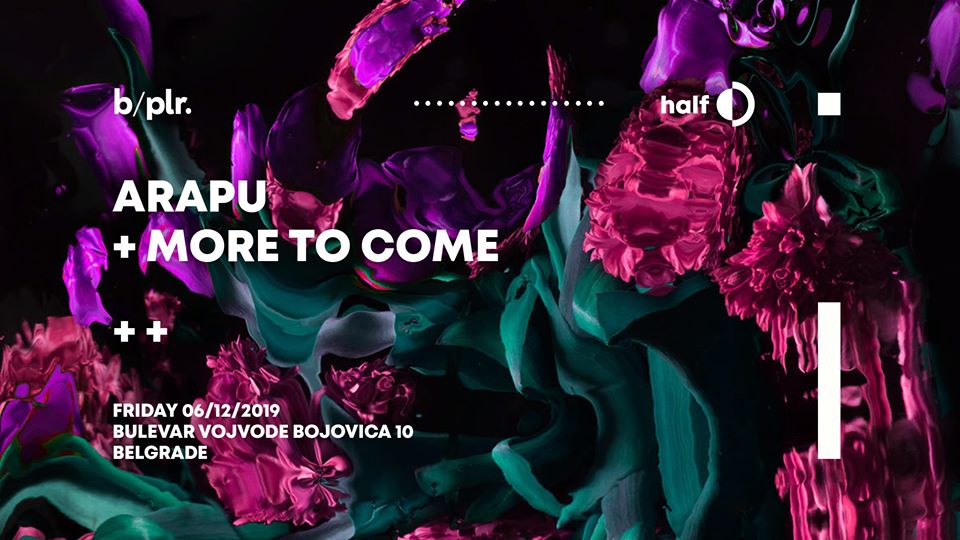 Mention his name to any clued up dancefloor connoisseur and they won’t mince their words: Arapu is a certified treasure. Based in Bucharest, he has been putting out records since 2011, although he cultivated his passion for music since he was 15.
A real master of the decks, the electronic spaces Arapu creates are characterised by a straightforward style and its own seductive playfulness. The captivating basslines and driving synths are nothing more than the best fertilizer for his signature sound, carefully mixed at the right bpm to wake up the crowd’s voracious hunger for dancing.
His success is measured in the pleasure he finds in making music, a feeling that may start in the club, but it never seems to end there. Alongside the drones layers, field recordings and bass rumble, Arapu’s discography reaches a greater range of emotions. It’s hard not to notice that his records hide a special feature: the ability to amplify any form of good mood. As a natural outgrowth, in 2015 he started his own label – Liniar.
Look beyond the big moments and you’ll see a sound pilot with big ideas.