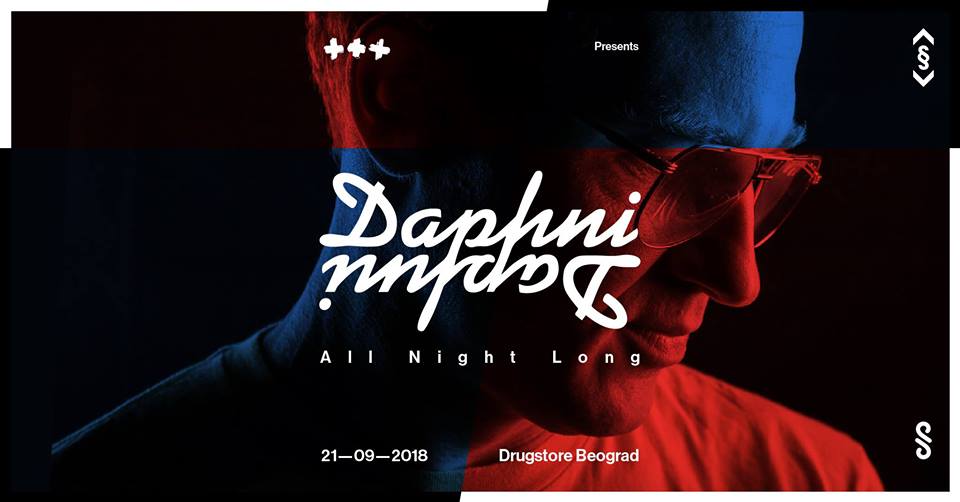 Bulevar Despota Stefana 115 Beograd
21.Sep.2018
BeogradSrbija
Sviđa ti se ovaj događaj?
The first +++ (plusplusplus) festival or more precisely “a 48-hour musical and social experience” was held on a slope of Mount Jelica near Čačak in 2015. It was preceded by a series of promo events that featured the likes of Derek Plaslaiko, Makaton etc. The festival itself was a home for 48 hours for names like Mai Mai Mai, TM404, Octex, Peter Kirn, Vladimir Ivković, Andre Pahl and of course a colorful selection of local live and dj sets. +++ force returns in style with a very special event scheduled for September 21.

Ever since his first release in 2011, Dan Snaith’s Daphni alias has become a fixture in the world of underground dance music. The man behind the albums of the global avant-pop-dance phenomenon Caribou, and the creator of a masterpiece that is 2010’s ‘Swim’, divides his time between the studio, intensive Caribou touring schedules and delivering deep and diverse DJ sets as Daphni to raving crowds around the globe.

Daphni tracks have, ever since they emerged, populated the DJ sets of many of dance music’s most forward thinking DJs like a virus, while Daphni’s own understanding of spiritual yet body-moving music makes his sets an unforgettable experience not to be missed. His background in advanced math has definitely helped Dan to develop a style that seamlessly blends genres, moods and meridians in his mind-bending and often marathon sets. All of this is why we were more than excited when he accepted our invitation to play Drugstore.

From his debut album ‘Jiaolong’ in 2012 to his 2017 release of both a Fabriclive mix composed entirely of his own unreleased tracks and edits and his second album ‘Joli Mai’, via various remixes and edits in between, Dan has carved a unique path for Daphni, and could we expect anything less from someone who played with members of the Sun Ra Arkestra as Caribou Vibration Ensemble.

As a DJ, he has gained a reputation for varied and extended DJ sets in some of the world’s finest clubs – Fabric, Panorama Bar, De School, Warehouse Project, Concrete, Printworks, etc. – and euphoric headline DJ sets at festivals the world over. But DAPHNI APPEARANCES ARE RARE – so don’t miss out on this special all night long affair!