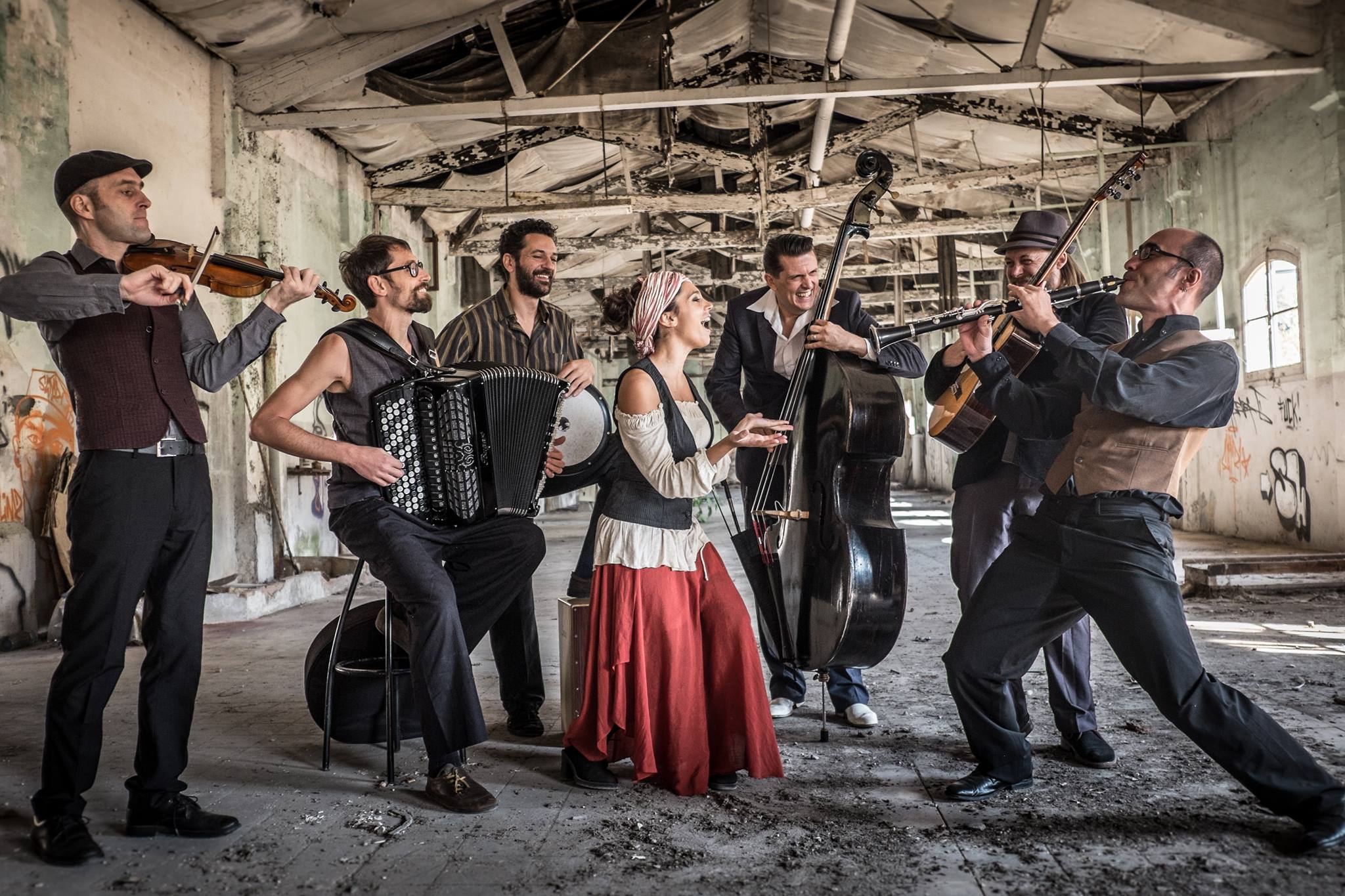 Barcelona Gipsy balKan Orchestra (BGKO) is an international formation which has stirred great interest in Barcelona and various other european countries through its memorable performances. BGKO interprets traditional music of the Balkans, Gipsies and Jewish of Eastern Europe with an original approach and great passion while constantly exploring their roots.

The contemporary, unique and particular sound of Barcelona Gipsy balKan Orchestra stems from the tirelessand passionate exploration of the timbers and flavours of the klezmer and romani traditions and the balkan music. Balkan music, perceived as a set of musical traditions and a multiethnic culture, goes beyond its geographical borders and is moreover nurtured by all those historical traditions that coexisted in this land throughout the centuries: askenazi, jewish and sefardies, gipsies, ottomans, arabs…

BGKO is formed by Sandra Sangiao (voice, Catalunya-Spain), Mattia Schirosa (accordion, Italy), Ivan Kovacevic (doublebass, Serbia), Julien Chanal (guitar, France), Stelios Togias (percussion, Greece), Daniel Carbonell (clarinet, Catalunya-Spain) and Oleksandr Sora (violin, Ukraine), who were brought together in Barcelona in the “legendary” jam sessions which explored and investigated these musical styles. These curious musicians have always been distinguished by the passion and originality in which they interpret the balkan music while simultaneously bringing a modern approach.”