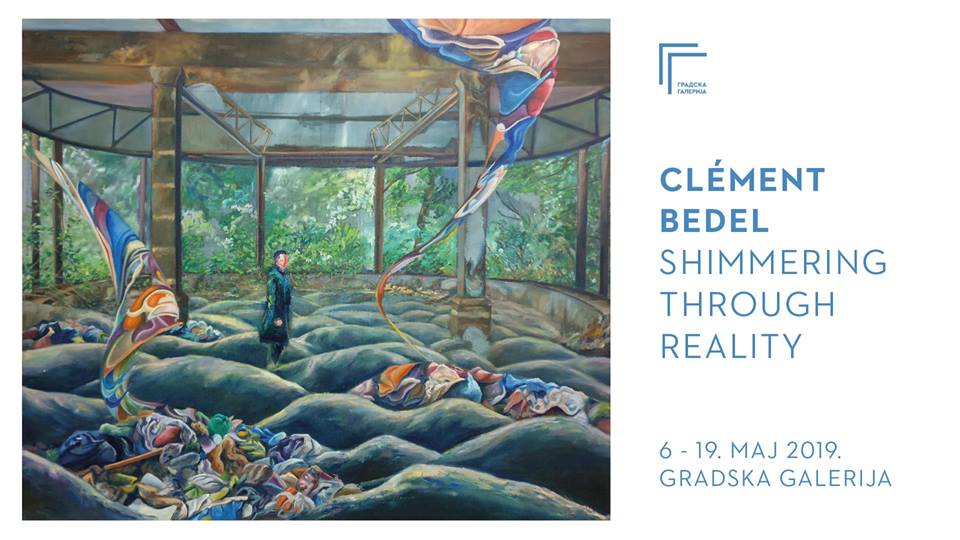 Braće Krsmanović 4, Belgrade, Serbia
06.May.2019 - 19.May.2019
20:00BeogradSrbija
Do you like this event? Click on a button to like it!
Clément Bédel’s painting project Shimmering Through Reality will be presented in Gallery Grad on 6th of May at 8 PM.
French artist, previously guest at the Faculty of Fine Arts in Belgrade, Clément has graduated at École nationale supérieure d’art et de design, in Nancy, France, where he obtained his Masters degree in 2017. He has also spent a year in Belgrade, as an exchange student in Misko Pavlovic’s class at the Faculty of Fine Arts in 2016.
Shimmering Trough Reality will be Bédel’s debut solo show in Belgrade, and it comes after a show in Paris, in Dohyang Lee Gallery, where he has collaborated with Louis-Cyprien Rials, an artist in residence of the Hestia Gallery in Belgrade.

A large format series of paintings representing specific landscapes, is not aimed at projecting reality and future, but an oneiric space and time, where the viewer can project into this rhizomic universe, while keeping one foot in reality – in the art space. Inspired by the philosophy of Gilles Deleuze and Félix Guattari, Bédel creates environments where the architecture and the abyssal depths are merging; gravity, perspective and scales are often altered. Those environments, ruined, polluted landscapes made of dark shades and earth tons are depicting our time. Not post-apocalyptic, but contemporary proof of our trace in the world. The trace is not philosophical, but very physical, consisting of plastic waste, other rubbish and abandoned architecture. By merging those human made landscapes with nature he proposes the constant fight for survival that nature leads against humanity, the outcome of which is not certain anymore.
The mysterious and also anonymous figures appear in their German romantic passivity as recipients of the Weltschmertz, feeling the weight of the world on themselves. The ultimate goal of the oneiric environments created by Bédel is a strong critique of polluting and destroying our physical environment, the Earth.

Shimmering Through Reality will be opened every day from 2 to 8 PM, until 19th of May. A guided tour with the artist will be announced later this week.