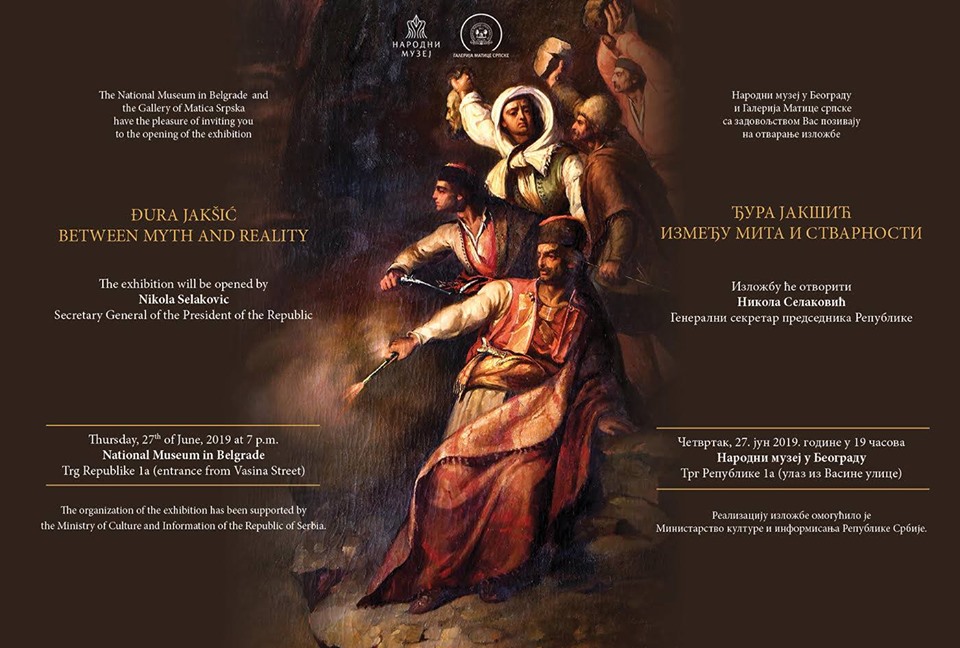 Exhibition: Đura Jakšić. Between myth and reality. Opening of the exhibition: 06/27/2019. from 19:00 Marking the first anniversary after the official opening of the reconstructed National Museum in Belgrade, in cooperation with the Gallery of Matica Srpska at the Great Gallery of the National Museum, the exhibition of Đura Jakšić opens on June 27th. Between myth and reality. Cleverly balanced between the myth and the reality of the item is the artistic creation of Đura Jakšić, an artist who, with an authentic and powerful creative personality, occupies a prominent place in Serbian culture and art of the 19th century. Recalling that last year’s solemn ceremony of the National Museum was marked by the image of Đura Jakšić, an exhibition of the work of this prominent artist is an opportunity to mark an important anniversary for our culture in an appropriate way. By linking the contemporary moment with the past, the image of eternally young girls, the painting was a metaphor of strong emotions, hopes and beauty that surpassed the time. Today, after a year, the National Museum provides visitors with the opportunity to meet and enjoy in the complete painting work of Đura Jakšić. Exhibition by Đura Jakšić. Between myths and reality, he unites more than forty artists’ works from several museum collections – the National Museum in Belgrade, the Matica Srpska Gallery, the Museum of Yugoslavia, the Museum of the City of Belgrade, the National Museum in Zrenjanin, the National Museum in Kragujevac, the National Museum of Montenegro in Cetinje, works that are kept in the Belgrade City Assembly, the Grgeteg monastery and the Vracevsnica Monastery, the Serbian Orthodox Church of Srpska Crnja, as well as works from private collections. The exhibition, authored by Dr Snežana Mišić, Museum Advisor of the Matica Srpska Gallery, includes three thematic units of the painting opus: portrait, religious and historical painting.
In order to provide the visitors with the opportunity to get to know the work of Đura Jakšić as soon as possible, the exhibition was completed with a story about his life path, artistic and ideological formation. During the exhibition, various and numerous accompanying programs will be realized in the form of expert guidance and lectures, educational programs and creative workshops for children and young people. The exhibition is accompanied by a bilingual catalog in Serbian and English. The exhibition, which the Novi Sad audience had the opportunity to see at the Gallery of Matica srpska, will be opened at the National Museum in Belgrade from June 27 to September 15, 2019.