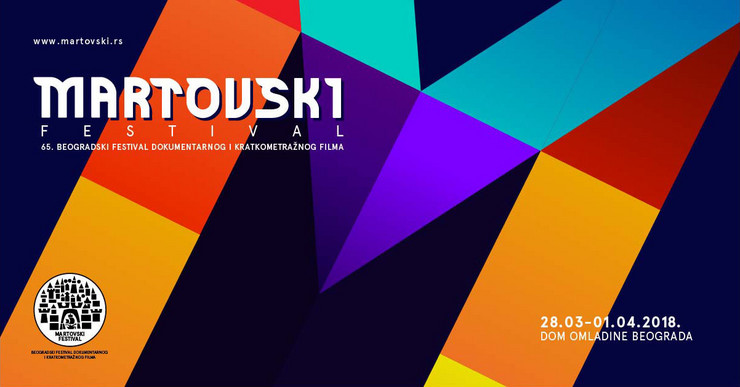 In addition to the competition, visitors of the 65th March Festival also expect a revival program with several special screenings, among which are two world premiere of domestic feature-length documentaries. Tierra Utopia, director of Jelena Stolica, about a modern utopia – a small Spanish town where the mayor expropriated the land of rich aristocrats and began a social experiment in the common life of all inhabitants, will be shown at a grand opening on March 28 at 7 pm in the Great Hall of the Youth Center Belgrade. The intense historical documentary thriller Miloš Škundrić’s “Long Road to War”, a dramatized story about the beginning of World War I, is being shown on Friday, March 30th from 9pm in the Great Hall of the DOB.

The audience will also have the opportunity to see two Serbian premiere of foreign documentary achievements: “Over the Limits” (Over the Limit / Poland, Germany, Finland) by director Marta Prus, an exciting look at the ruthless world of Russian rhythmic gymnastics, as well as “My Life Without Breathtaking “(My Life Without Air / Croatia), directed by Bojana Burnac, which evokes the feeling that we have when we dive into the blue and leads us into the wonderful world of a man whose most important moments of life happen under water during only one strictly controlled breath.

The most important Austrian director of today, Rut Bekerman, will be presented with retrospective work. We will display 4 of her films, which show the most exciting in her longtime work – a blend of observation of the contemporary state of the society with a reflection on the way we remember our past.

This year, the Faculty of Dramatic Arts, RTS and Zastava Film will mark important anniversaries and will present the selected selection of works that won awards and recognitions in the past years at the 65th March Festival.

The Martov Festival will offer an exclusive view of the future of the film – a virtual reality. All visitors will be able to find the special VR glasses in the center of exciting documentary stories as direct participants and first-hand viewers.

Numerous domestic and foreign guests from the world of film arts and productions will hold interesting and useful workshops, presentations, panels on the 65th March festival, and the audience will also expect conversations with the authors of the films we present.

Tickets at a price of 200 dinars for the screening / presentation of short films can be purchased at EVENTIM cash desk at the Youth Center of Belgrade. FDU students and other film and film academies along with the index can download free movie passes, on the day of the 10-hour projection at the Info desk in the DOB Hall.

Belgrade Documentary and Short Film Festival is a permanent manifestation in the field of culture of importance to the City of Belgrade.

Sponsors of the festival: City of Belgrade, Ministry of Culture and Information of the Republic of Serbia, Film Center of Serbia.

Friend of the festival: LUKOIL SERBIA.