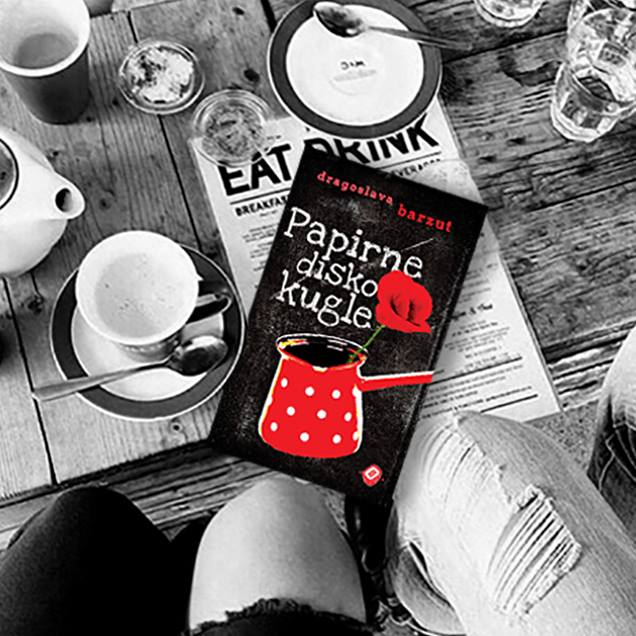 We invite you to promote the novel Dragoslava Barzut “Paper Disco Ball” (Red Box, Belgrade, 2017), which will be held on December 20, from 19:00 in Café Shupa. The program includes Bojan Krivokapić, writer, Danilo Lučić, writer and Dragoslav Barzut, author.

… “Paper disco balls” are certainly engaging in prose, which – in addition to mixing fiction and faction – thematizes the position of different, gender and sexual identities – urges the way out of fiction, on a courageous civic action in terms of treatment and other “humiliated and offended” social groups and layers. Finally, this short novel is not a love story, but it is a novel about love, or rather about a desire and a giving up of love, about its real impossibility and the Prust’s ability to literally evoke the love left in the past.
Igor Perišić

Dragoslav Barzut was born in Crvenka in 1984. She completed Comparative Literature at the Faculty of Philosophy in Novi Sad. The author is a collection of stories “Golden bull” (2012) for which she received the “Đura Đukanov” award (2011). For the story “The Longest Last Hour plus Bonus Track”, she received her first prize at a regional short story short story “Out of the Corridor” (2011). She edited a collection of lesbian short stories from ex-Yu’s “Farewell Life” (2013). The stories were translated into Macedonian, English and German. He lives in Belgrade.