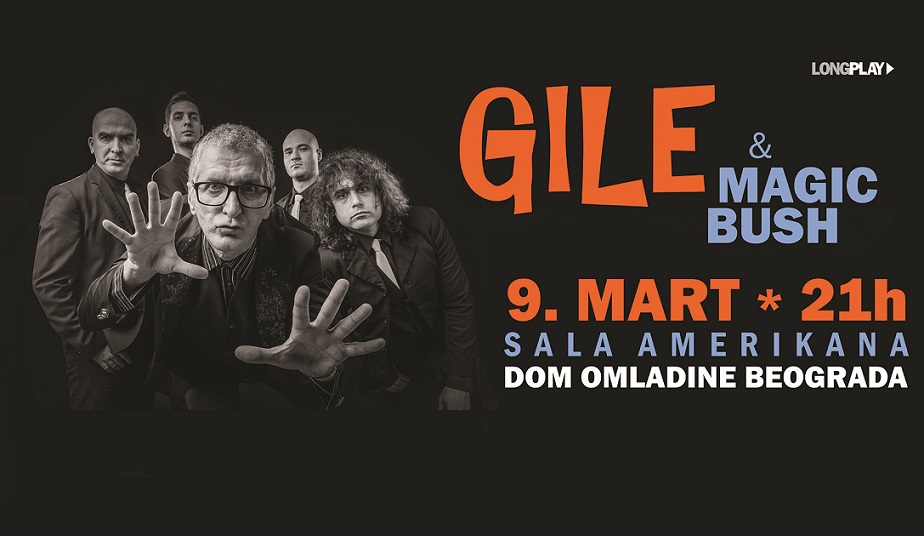 Rock musician Srdjan Gojkovic-Gile and band Magic Bush will hold a concert titled “Rarely played songs” on March 9 (21:00) in the “American” hall of the Youth Center of Belgrade, organized by the Long Play concert agency.

“We will play songs from my career that are rarely performed live. It will be songs from films that I worked for” How the Rock and Roll Broken Down “and” Black Bombarder “, in cooperation with Vlado Divljan, some of my solo songs, as well as the songs of the Electric Orgasm we rarely play and some have never played live again! “, Gile announces.

The Frontmen of the Electric Orgasm, along with the work in the parent band, in addition to music for films, during his career, has done several very interesting projects, such as the solo album “Here You Can See It” (1989), or cooperation with Vlad Divljan (1958-2015) Rockenrol for Children (1989) and Rokenrol Booker (1990) and “The Doctor Who Say No” (1991) in the supergroups Vlada, Gile, Piko and Švaba.
During the last year’s humanitarian concert Eva Braun at the DOB, Gojkovic had the opportunity to perform for the first time accompanied by Magic Bush, and said that he “liked the combination with them very much, something different from that with the Electric Orgasm”.

“Since some time I’ve been fed up with the idea of ​​playing with rare songs, I just clicked that Magic Bush may be the perfect combination for that. They have a lot in their band, and I love it very much and I appreciate it. inserted me and my songs into a combination, and there was some new chemistry, energy, “explains Gile.