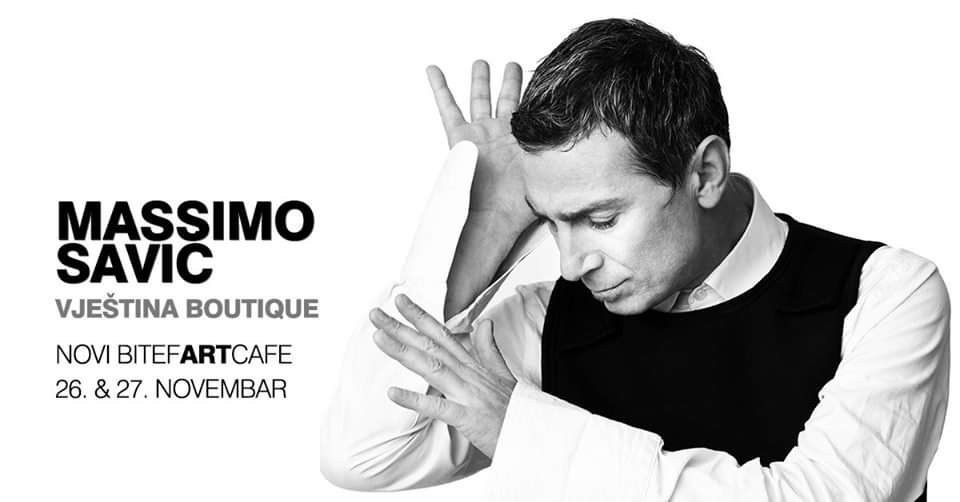 Bitef art cafe, Mitropolita Petra 8, Belgrade, Serbia
26.Nov.2019 - 27.Nov.2019
22:00BeogradSrbija
Do you like this event? Click on a button to like it!
As part of her big regional “Boutique Skill” tour, Massimo Savic will perform two concerts on November 26-27 at the Bitefartcafe Club. There have been several important, crucial moments in Massimo’s 35-year career, and one of them is certainly the album Skill. It is not surprising that the favorite regional singer in a special way wants to mark the 15th anniversary of the release of the piece that brought him back to the stage.
The Boutique Skill – the name of a major regional tour featuring Massimo accompanied by a trio – featuring Elvis Stanic, Ivan Popeskic and Henry Radanovic. This is a perfect opportunity for Massimo to show once again why he is one of his favorite music artists, In addition to songs from the famous album Skill, he performs some of his biggest hits that have been produced in the past 15 years.

“We have skillfully planned this anniversary of an album that holds a special place in my heart and has breathed new music into my life. When Skill came into being, 15 years ago, I didn’t think it would take me this way and I’m grateful that the work on that album was recognized and that we have so many reasons to celebrate today. I have selected three great musicians to accompany me on this tour and I am sure we will afford the audience a unique event, “Massimo announced.
Tickets are on sale now through www.tickets.rs and www.ddtickets.rs