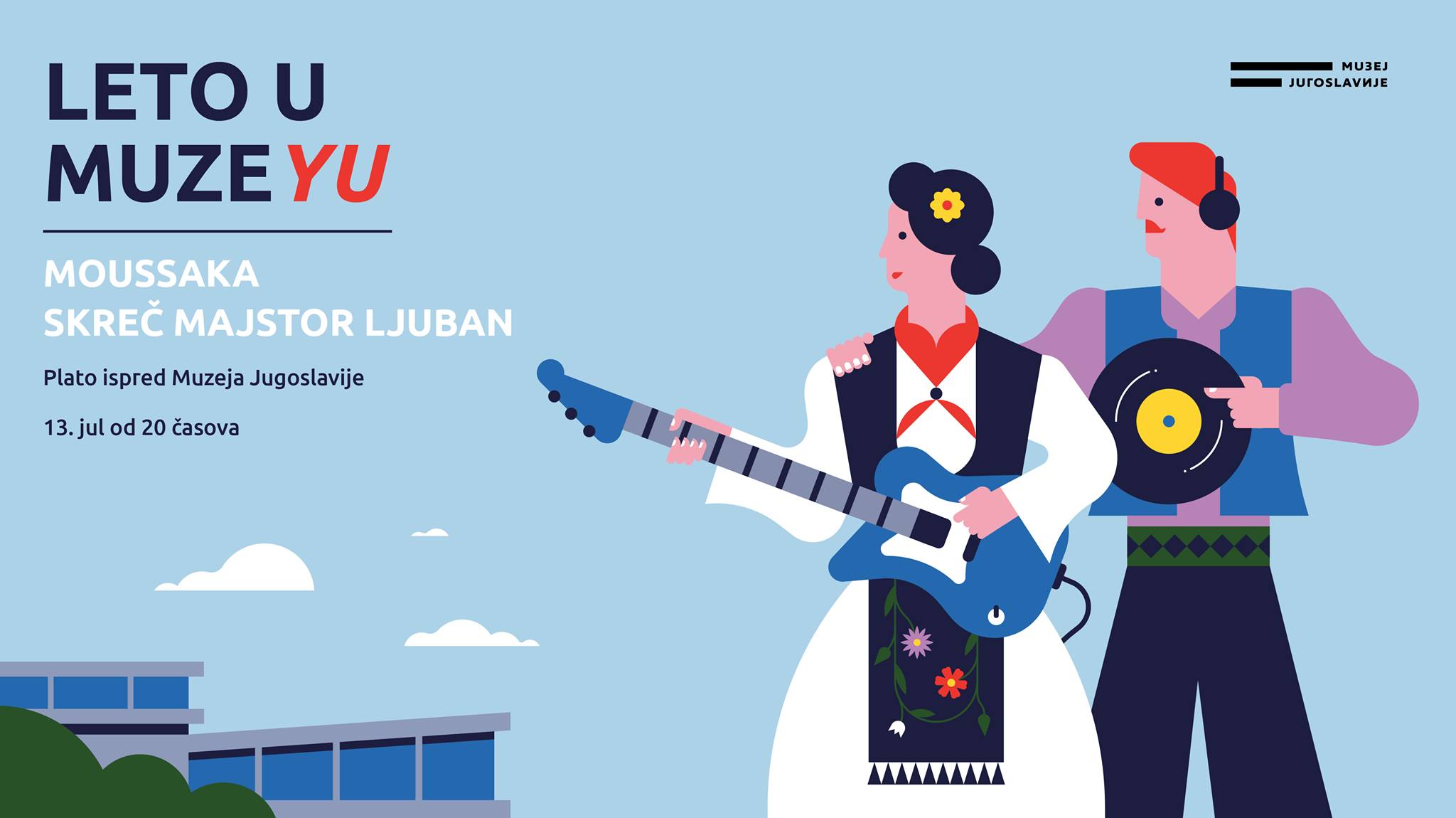 Muzej Jugoslavije, Михаила Мике Јанковића, Belgrade, Serbia
13.Jul.2019
20:00BeogradSrbija
Do you like this event? Click on a button to like it!
This summer, the MUSEUM IS CONTINUOUS, this time a complete spectacle in FONTANA, on the plateau outside the Museum of Yugoslavia, with the appearance of the band Moussaka, SKRECh MAJSTOR LJUBAN and scenery Incredible Bob.
We want to remember the cult Yugoslav pop and folk hits that marked the second half of the twentieth century, but in an unusual way. We invited artists from a contemporary scene who will present you in the alternative light of the hits of Lepa Brena, Halid Bešlić, Bijelo dugme, Zane ….
Moussaka is one of the few domestic compositions whose music can be featured in instrumental surf-rock. The energetic four-band band performs well-known and less well-known domestic pop-folk songs from the second half of the twentieth century, in its arrangement, with plenty of authorial influence. This unusual composition represents a spicy mix of the original guitar school in the 1950s and Yugoslav pop culture aesthetics. The incredible closeness of the Californian surf rock and the Balkan musical narrative is reflected in broken but powerful rhythms and melodies full of the most difficult emotions and nostalgia.
Ljuban comes from Sevojno, a small industrial town in western Serbia, a master of ex-yu vinyl and one of the greatest trek-hop selectors in the last decade. It has been cutting records since 2006, using samples from blues, rock, children’s music to folk music that combines with hip hop, big beat rhythms. Especially for this occasion
will concentrate on Yugoslav vinyls and what will happen to them when Ljuban scratches them that already remains to be seen.
The incredible Bob award-winning media artist will combine generic video, electronic music, light effects and interactive technologies in his performances to make the event even more spectacular. His light choreographies and visual spectacles leave no one indifferent.
Join us !!