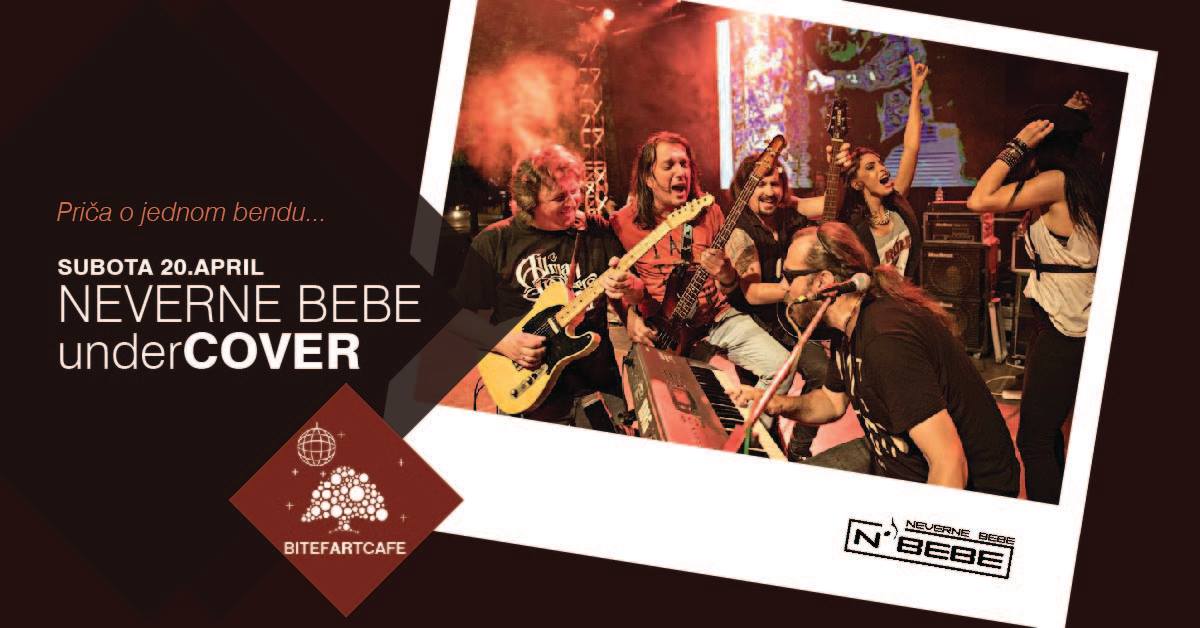 “Neverending Baby” goes underCOVER!
Do not miss the unique opportunity to experience the night life of Belgrade as it used to be. The Unbelievable Babies started their career acting as a covert band at the Belgrade clubs, and they won Belgrade. This time, in memory of the story of one time, this now eminent authorial band will perform in the former manner in Bitefartcafeu on April 20th.
Characteristic of the ideas that they did not want to give up even in the heaviest years and wanting to play only what they feel without compromise, members of the Neverending Baby won the position on the regional pop-rock scene and declared it as a set of exceptional musicians best of all on the lion’s performances. In his 26-year career, the band has gone from club attractions (and epithet “Serbian Toto”) to an eminent authorial band with a broad spectrum of audiences on the bustle of the dead mainstream pop. Overall, over 2,200 concerts were played, from clubs through stadiums and city squares up to two sales of Sava Center 2007 and Belgrade Arena 2013.
They performed as a group of Totto groups in 2006 at Tašmajdan, as well as at the concert of Lenny Kravitz at the Belgrade Arena in 2008.
So far, they have recorded seven studio albums, the eighth is under preparation. They collaborated with famous world musicians, from Simon Phillips, who played their drums on the fifth studio album through Vlatko Stefanovski, Aki Rahimovski, Vanna and others.
Tickets for sale through tickets.rs and ddtickets.rs service:
https://bit.ly/2FXa9bH
https://bit.ly/2WVwm0z
Ticket price: 1200rsdReservations: 063594294