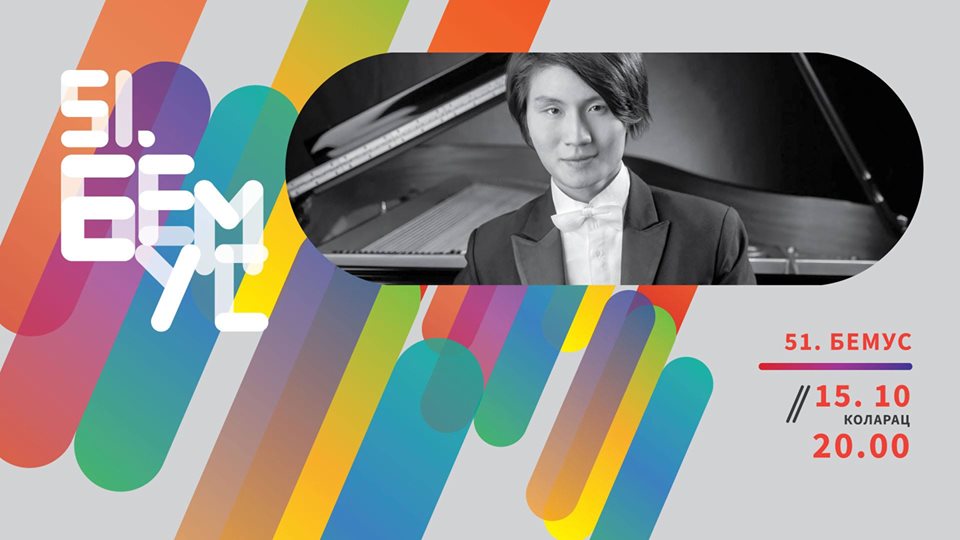 Studentski trg 5, Belgrade, Serbia
15.Oct.2019
20:00BeogradSrbija
Do you like this event? Click on a button to like it!
Niu Niu (Zhang Shengliang) was born in 1997 into a family of musicians. He began to study the piano with his father and at the age of six he held his first concert. At the age of eight, he enrolled at the Shanghai Conservatory of Music as the youngest student in the history of this school. By the age of eleven, he had become the youngest pianist to hold recitals at the Santori Hall in Tokyo and the National Center for the Performing Arts in Beijing.
From the age of ten, he studied in Hung-Kuan Chen’s class, first at the Shanghai Conservatory and then at the New England Music Conservatory in Boston, where he moved with his family. He was admitted to the Juliard School in 2014 with a full scholarship, where he graduated in 2018.
Niu Niu is the youngest pianist ever to sign a major record label, releasing Niu Niu plays Mozart’s first album in 2008. Niu Niu plays Chopin — The Complete Études (2010) and Niu Niu Liszt Transcriptions (2012). He released his sixth album, Niu Niu Portrait, in 2016. In December 2017, he signed an exclusive agreement with Universal Music Hong Kong, and his first album on the label Decca Classics, was released in June 2018.
His career so far has featured performances with Jiri Belohlavek and the Czech Philharmonic Orchestra (2014), followed by a tour with Jutak Sad and his Super Kids orchestra, which included five cities in Japan, resital tours in Japan (2014) and China (2016) and others. He performed at the Pearl Awards ceremony at Royal Albert Hall in London in 2007, where he performed Piano Concerto No. 1 Shostakovich, under the baton of his professor and mentor Leslie Howard, in the presence of Prince Charles.
In 2017, Niu Niu received an invitation to speak for the presidents of China, Russia, India, Brazil and South Africa during the gala evening of the BRICS Summit. He is currently on a world tour, covering the 2019/2020 season.