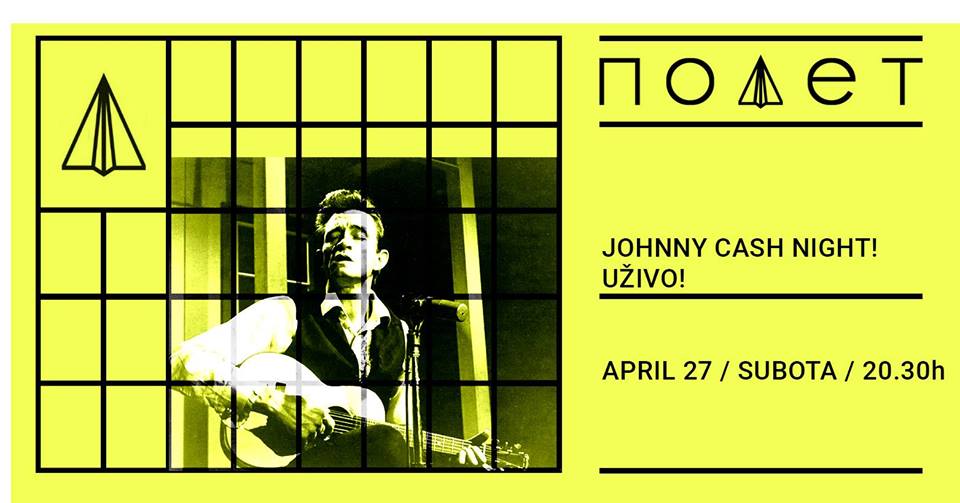 We know that you wished “a man in black” and that’s why in the year we celebrate 25 years since the release of Johnny Cash’s first album, we make a free concert The Line – Johnny Cash tribute live!
There will also be songs from the famous first album of the American Recording series, but also all Keš’s hits that we love so much! Igor Lazic (guitar, vocals, jazz duo FlitaraGauta), Radivoje Bojanowski (guitar, Amy’s House – Tribute band to Amy Winehouse) and Gafor Ciric (kahon, Amy’s House – Tribute band to Amy Winehouse) are waiting for you on the Polet scene in the night for one of the most influential musicians of the 20th century, an unassailable figure of the American musical heritage.
The concert starts at 8.30 pm, and the entrance is free. We are waiting for you! 🙂