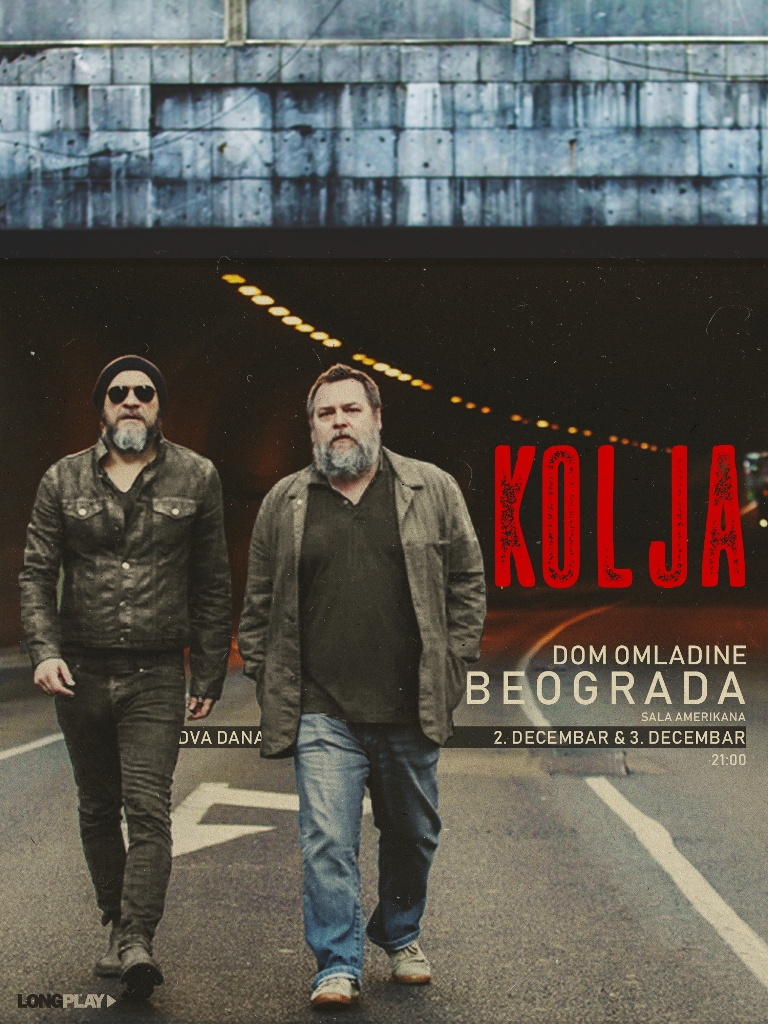 The cult author of Serbian blues, Nikola Pejakovic Kolja, will hold concerts at the American Youth Hall in Belgrade on December 2 and 3 (9pm) for the first time in his career.

“I will play in Belgrade whenever I can and as much as I can. In the fall we will reorganize a little, make a new show and go to gigs, “Kolja announces.

By now, guitarist, singer and author Kolja has sold out the current Kombank Hall (formerly the House of Unions) in Belgrade twice, and now he is returning to the neighborhood, to nearby “Americana”, to disperse and dance the Belgraders with two big club gigs, followed by a top, breaking band led by producer and guitarist Voja Aralica. The gigs are coming at the right time – it’s been a year since the release of the well-received album “4 Fingers” (2018), which has been enough time for the audience to absorb as many as 19 new songs, including “May A Little Tomorrow”, “Ala this world is beautiful “and” Every night is the same darkness “, and it should not be forgotten that it is ten years since the release of the album” Kolja “(2009), which features” And Here You Marry Your Horse “,” Yes do I wither or see ”and“ Marshal Birjuzov 8 ”

Known as a screenwriter, director and actor, Pejakovic introduced himself on the music scene under the name Kolja and Smak of the White Button and the debut album “Mom, Don’t Cry” (2001), and further strengthened his cult status with his third, redeeming-love album, “The Tombstones” (2013).

“I have a wonderful and loyal audience, who loves what we are singing about. It’s just my role to play and give myself a whole, without the rest, ”says Kolya.

Loyal audience gets a great opportunity to buy tickets for Koljina concerts with special discount on December 2 and 3 – currently, until September 1st, only a set of tickets for both nights is available, which costs RSD 2,000 at the DOB box office, that is, points of sale and network TicketVision . Starting September 2, there will be only a single ticket for each night, costing 1,200 dinars. If left on the day of the concert, tickets will be 1,500 dinars.