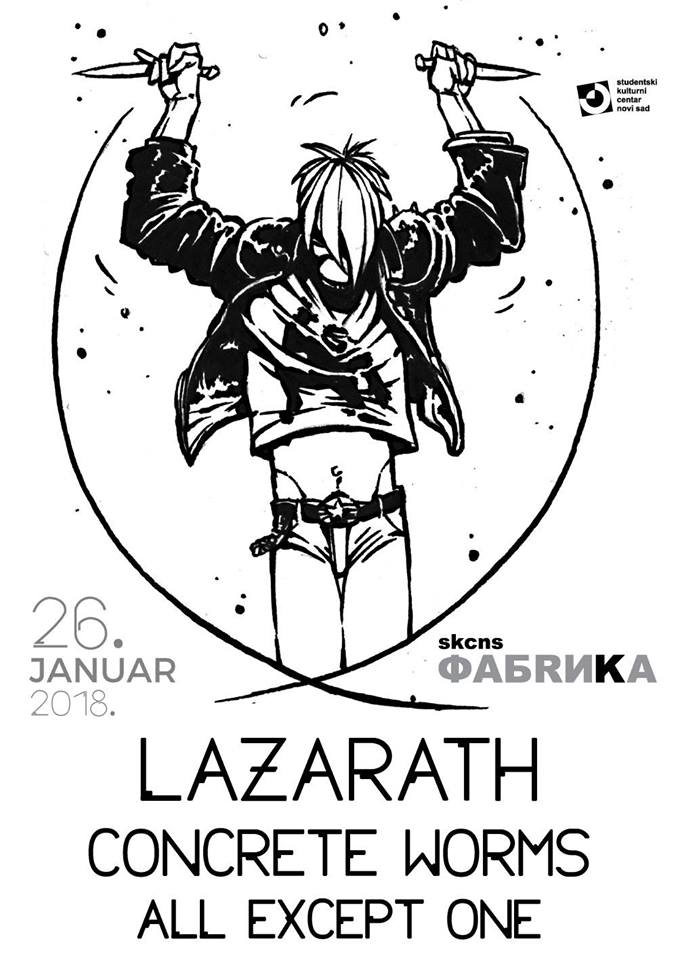 Lazarath– a crossover hardcore band from Novi Sad, a concert at Fabrica and Belgrade, playing as a comeback to Canadian band Comback Kid, will begin warming up for the upcoming second Western European tour, scheduled for March / April 2018.

Concrete Worms  – There is no need to waste words on this furious troika. A garage punk band well known to the Novi Sad mass. Behind them have a bunch of concerts across the region and beyond, after a short break they return to our city.

Except One – Leaders of the Zrenjanin hardcore scene, return to the stage after two and a half pauses and announce a new video for the track from 2015. Their returns avoid to be described as some kind of “reunion”. It’s just a continuation of what they have been doing for the last 15 years. After great performances in Mugla and Zrenjanin, Novi Sad came to the fore.