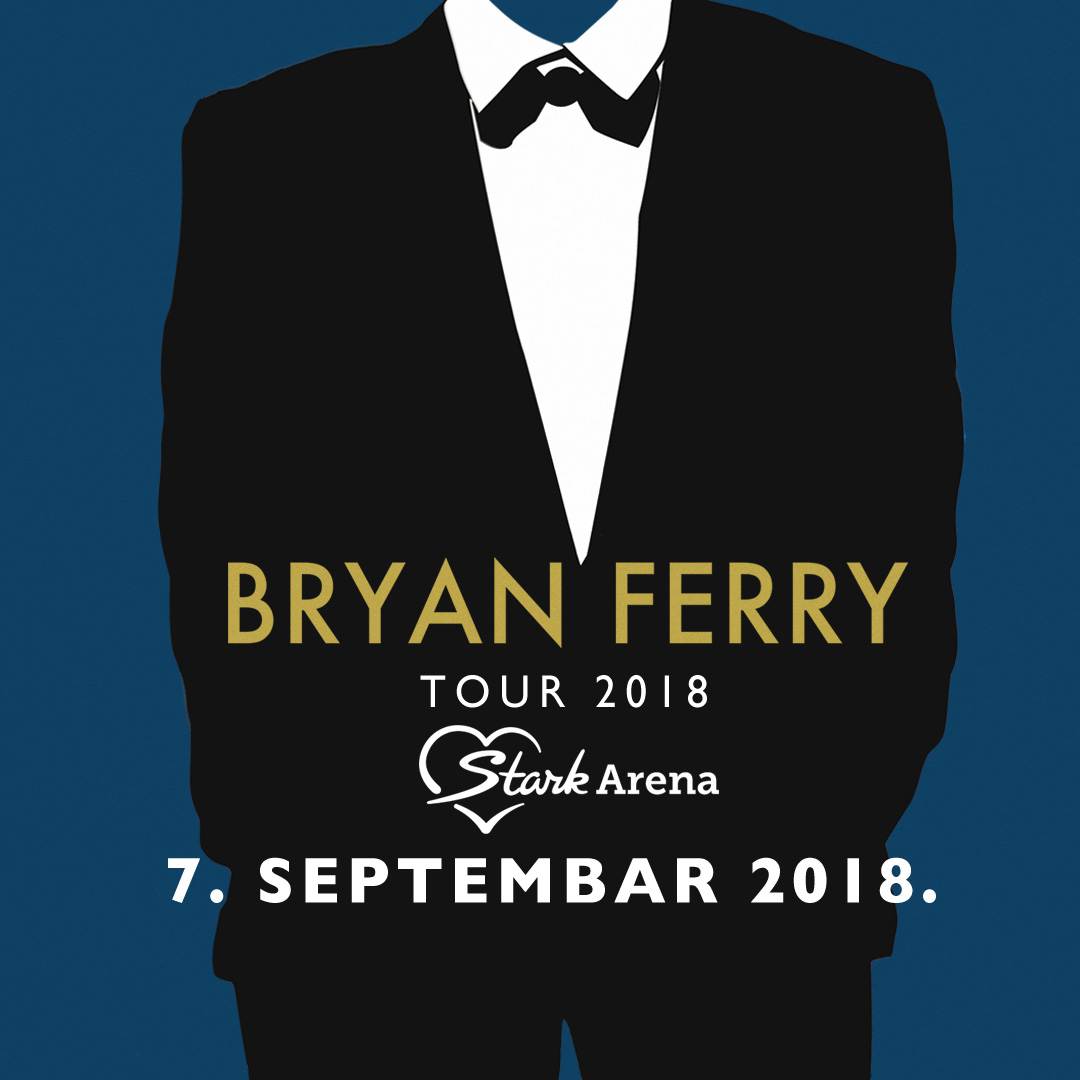 Tickets for the concert of British music legend Brian Ferry from today, 16. March are on sale and can be found at the price of 3300, 3500, 3700 and 4490 dinars at the box offices of Arena, Bilet Center, Eventim as well as via the Internet.

The British music legend, Brian Feri, will perform on September 7 in Stark Arena, within his British and European tour, with his incredible “live” performance.
Bryan Ferry is one of the most innovative and influential singers and lyricists in eastern pop music, with original vocal brilliance and breathtaking elegance.

From the first recordings with Roxy Music in the early 1970s, Brian Feri emerged as a unique musical phenomenon, and in his long career, he released 15 albums, many of which made platinum circulations.

The sequel to all generations, Feri, will perform classic hits from his solo repertoire and discography of the group “Roxy Music” on September 7th, including “Let’s Stick Together”, “Slave to Love”, “Do not Stop The Dance, Kiss, Tell, Love Is The Drug, These Foolish Things, Price of Love, I Put a Spell on You and many others.

Brian Feri inspired a series of bands of a new wave and new romanticism, including Duran Duran, Depeche Mode, Spandau Ballet, The Human League, and the band, inspired by their appearance, stylish originality, sophisticated lyrics and music based on a nostalgic attitude towards the old rock’n’roll era the second.