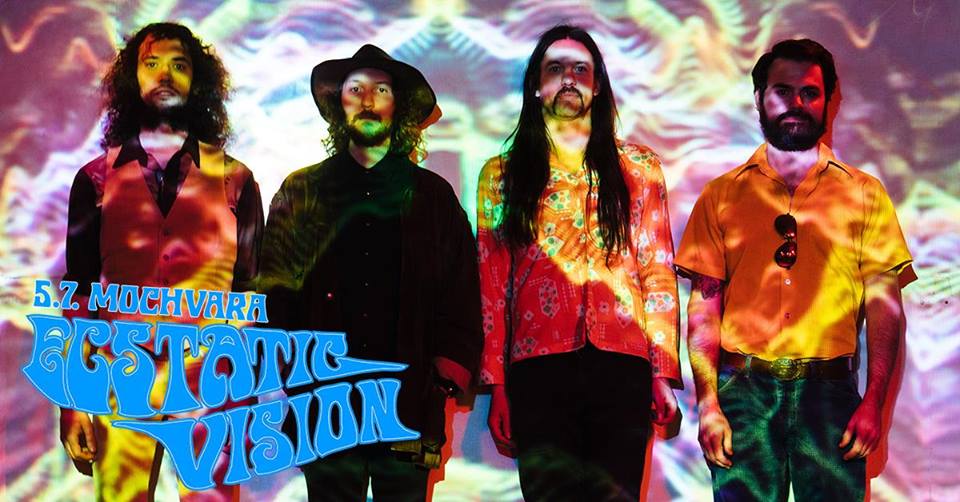 Philadelphia Trio Ecstatic Vision went on a tour with metal bands like YOB and Enslaved, releases for Relapse Records, which is pretty metal-like, and the members themselves look like metal. But Sonic Praise, the debut album of Ecstatic Vision, released in 2015, has only occasional metal touches, and in that case is more reminiscent of bands such as Hawkwind, Monster Magneto or Earthlessa.

Here it is, I’m burning in the sun, burning psychedelic numbers inspired by free jazz, krautrock and afrobeat, and the result definitely justifies the name of the band and the title of the album. To a certain extent, the material from the album “Sonic Praise” could really replace the metal or at least find the point of contact with it. But, Ecstatic Vision actually invokes Ghost Spacemen 3 and the title of their album (and mission!) Taking Drugs To Make Music To Take Drugs To!

Three years ago, they released a second album, “Raw Rock Fury”, which picked up a bunch of horns, and on May 4, the latest album, “Under The Influence”, is released, where they will perform the most influential bands. The album will be released on Relapse Records, which released the previous two albums.