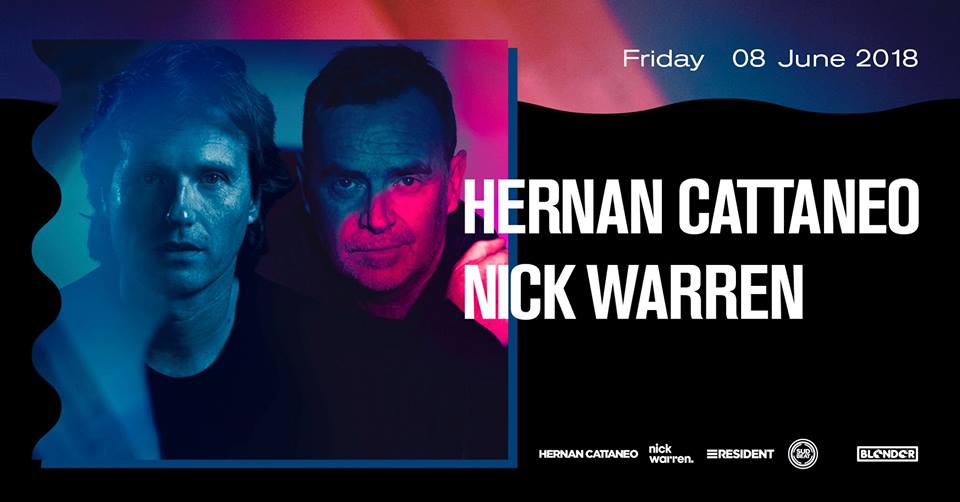 After a series of incredible buzzings, the Blender platform again decided to launch an event that will announce and set the summer season on the Kalemegdan Fortress. Under the clear sky, the most beautiful club locations will feature two, among the greatest names of the world’s progressive scene, Hernan Cattaneo and Nick Warren.

In the recent explosion of talents and DJs that the music industry has produced over the past few years, there are very few people who can show a long career that Hernan Cattaneo firmly set for three decades behind him as an artist. Hernan Cattaneo is one of the leading underground artists, who presented the Argentine house to the international scene. His sound stretches across the boundaries of progressive, house and techno music, and is the founder, Sudbeat Label and Resident of the show, which aims to, in addition to the new music of renowned producers such as Guy J, Nick Warren and Henry Saiz, the world of performance and young talents.

DJ Nick Warren is simply the Ambassador of Electronic Music. The man who has eight albums released for Global Undergorund with the tape signed for both the Renaissance and the Balance Series label plus the most recent The Soundgarden popular mixes make it one of the first superstar di jazz in the world that holds this title for decades. Warren’s musical breadth and diversity make each of his performances a unique listening experience, and his specific approach has enabled him to connect with clowners on a global scale. Despite all his achievements, Nick Warren is not one of those who live from old glory, but is among those who are focused on the upcoming work.

Tickets for this event can be purchased at all Eventim and Gigs Tix sales outlets.