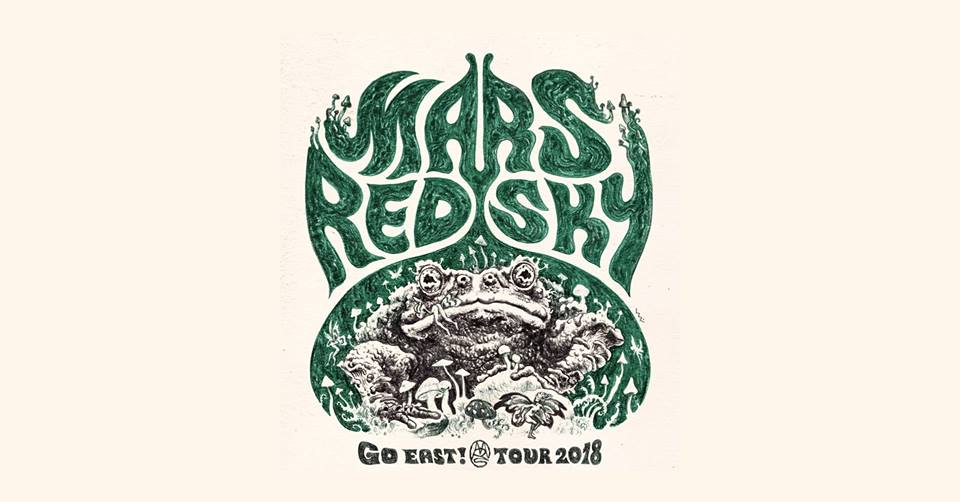 Psychodelical rock band rock band Mars Red Sky from Bordeaux (France), who paid attention to himself with the debut release of the same name in 2011 that brought them invitations to perform at the biggest festival stages, will take place on Wednesday, June 6, 2018 at the club Dorcol Platz (Dobracina 59b) organized by RockSvirke.com concert agency starting at 9 pm

Mars Red Sky is a French rock band rock band formed in 2007 in Bordeaux. The 2011 Debutant Edition of the same name, recorded in the Spanish Bardenas desert, has achieved a tremendous success that brought them invitations to perform at the biggest festival stages. Over the next few years, they were pre-gang bands such as Kyuss Lives !, Dinosaur Jr., Sleep, Killing Joke, and also played at Hellfest, Eurockéennes de Belfort, Roadburn, Sziget, SXSW and others.

With its second album, Stranded In Arcadia, released in 2014, Mars Red Sky is positioned as the bearer of heavy psych sound, boasting praise from international criticism. Labels such as “hypnotic”, “massive”, “charismatic”, “psychedelic” are often attributed to the band when defining their distinctive musical style, floating on the waves of the stoner of the hand and the psychedelic pop 70s.

The latest long-running release for now “Apex III – Praise for the Burning Soul”, which moves the boundaries of colossal heavy sound, announced the trio in 2016. The panel was jointly produced by Gabriel Zander (the Brazilian with whom the band collaborated on the previous album) and Jacob Dennis. Members of the group focused on grandiose and hypnotic themes rooted in a wide range of musical influences including Robert Wyatt, The Beatles, Nick Drake, Neil Young and bands such as Electric Wizard, Acid King and especially Black Sabbath.

Last year they rejoiced their fans with the new EP edition “Myramyd”, which represents an instrumental odyssey of 17 minutes live music. Whether you’re listening to their music on sound carriers or by attending a concert spectacle, Mars Red Sky will take you on an infinite journey.
The trio is composed by guitarist and lead vocalist Julien Pras, bassist and accompanying vocalist Jimmy Kinast and drummer Mathieu Gazeau.