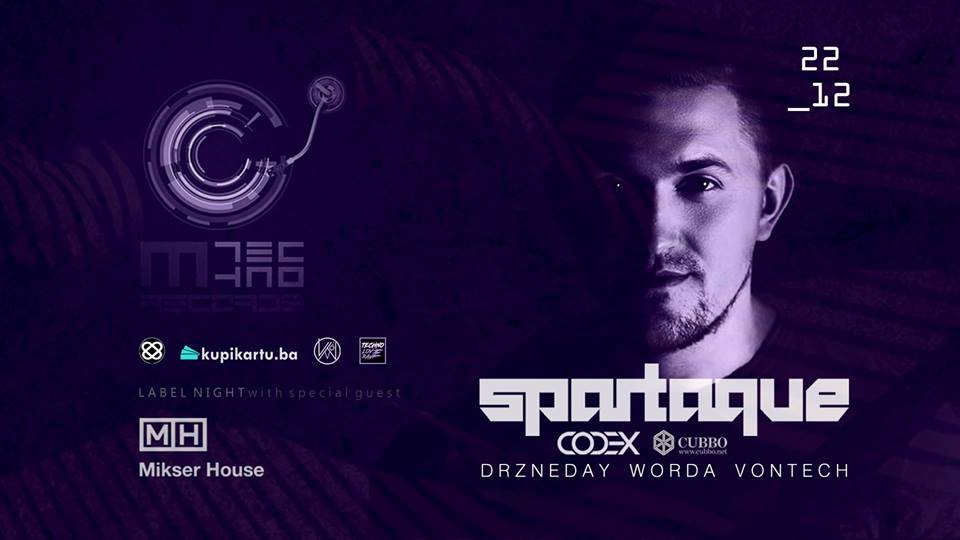 Ukrainian DJ and Producer Spartaque has become a name known for raw quality on the international techno landscape. He’s been at it for many years, but got his first break in 2007 DJing at Ukraine’s Global Gathering festival, andhas continued with this festival every year since. He has added other vital performances to his resume by performing at Love Parade, Kazantip, Mayday, and others. Spartaque supplements these performances and maintains the
momentum by way of his award-winning Supreme podcast, in addition to numerous guest mixes on other podcasts and radio shows.
Spartaque started out in his teenage years composing and producing dance music, finally realizing as a young adult the lucrative skill of DJing his works. His first piece to release was on a Virus Music album in 2005. A decade later, he now has over 300 released tracks on more than # labels. His arsenal includes both original works and remixes for some of the top artists around the world.
Maintaining balance between industry and artisanship, Spartaque has played a key role in the creation and development of several record labels, IAMT being the most highly regarded in the world of techno music. He has been nominated and awarded for his many achievements in the past decade, proving that ever since his modest start in 2005, he has become an influential artist in the world of techno.