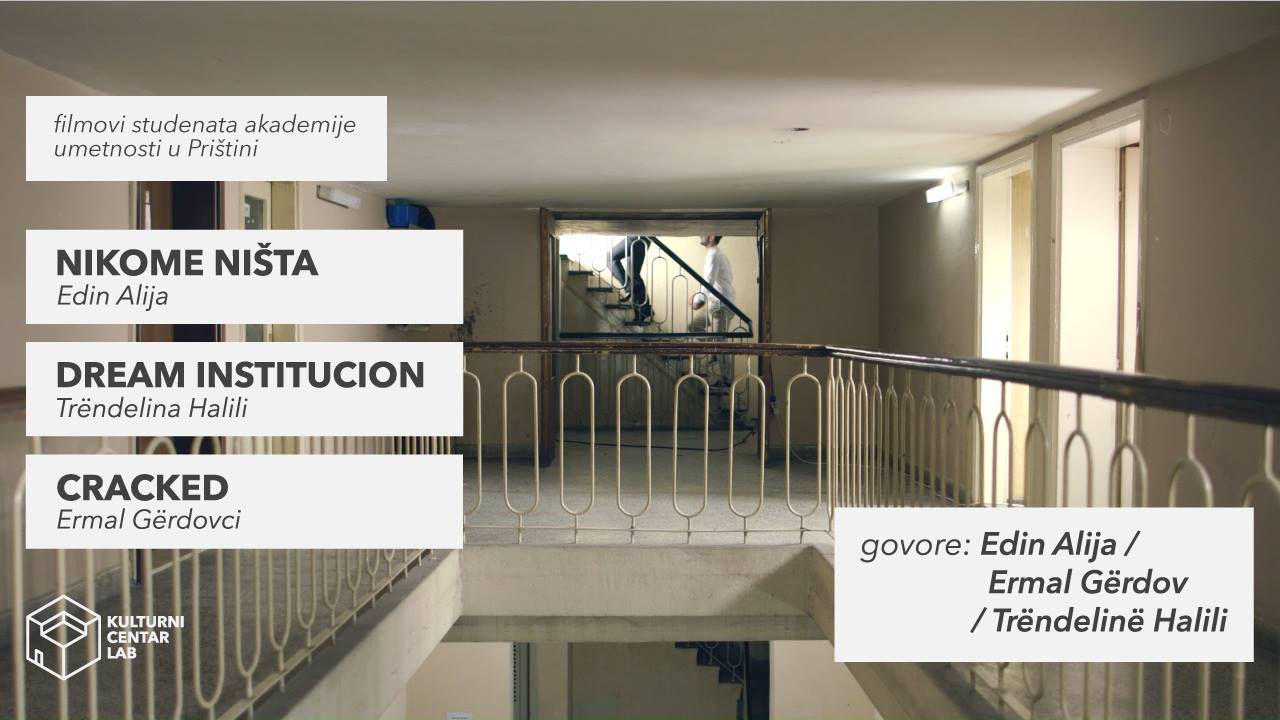 Projection 3 short film of the Academy of Art students from Pristina.

Nobody Nothing (Edin Ali)
The story of a seventeen-year-old Meyremi who embarks on a dangerous escape from her family’s decision about her future.

Dream Institucion (Trëndelinë Halili)
In a society where people have a legal obligation to share their dreams, Artemis finds himself isolated from the Institute of Dreams where he is forced to surrender the authorship of their content to the state.

Cracked (Ermal Gërdovci)
The two young men spend the day a monotonous routine of an isolated city with the desire to buy a telescope.

After the screening, the authors of the films Edin Ali, Trëndelinë Halili and Ermal Gërdovci will open a discussion with the audience about contemporary cinematic tendencies in the region as well as to share their experience of working on these films.