Skip to content
FestivalFood and drink
EVENT IS OVER 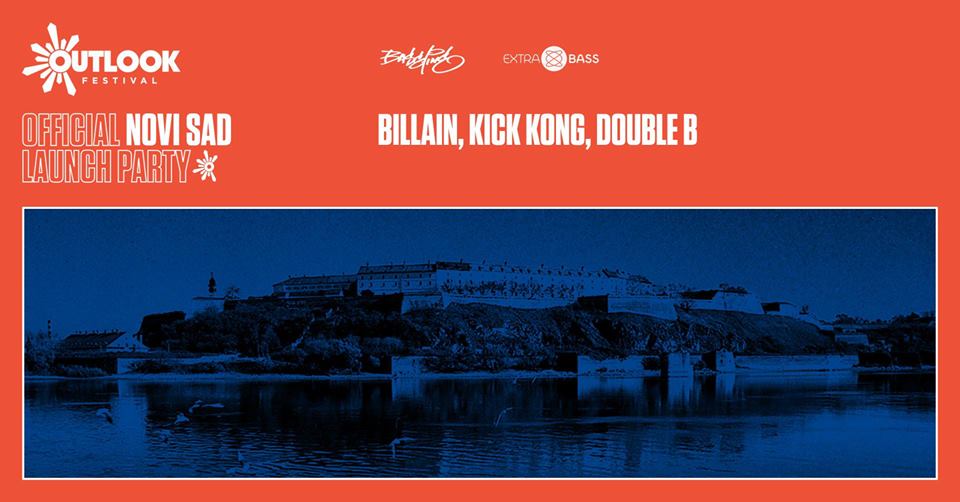 For more than a decade, the Outlook Festival is considered an indispensable place for the pilgrimage of numerous artists and audiophiles, so it is justified to be the title of the world’s leading bass music and soundsystem culture. Continuing the tradition of presenting new talents and respecting musical legends, the 11th Outlook Festival announces names such as J Hus, Stefflon Don, Kojey Radical, Mist, Madam X, Shy FX, Goldie, Johnny Osbourne & Soul Stereo (Fatta), AJ Tracey , David Rodigan, Channel One, Bonobo, Andy C, Noisia and Digital Mystikz. An ever-diversified and dynamic list of performers that includes the best of bass, d’n’b, dub, reggae, grime, hip-hop, jungle and dubstep music genres, and on the strongest world publications, will be able to experience from 5 to 9 September 2018.
As every year, Outlook will be opened with a spectacular concert in the two thousand years old Pula Arena, on Wednesday, September 5th. Sir David David “RAM JAM” Rodigan MBE will introduce us to the Outlook Festival, which will perform with the 20-member Outlook Orchestra music that celebrated 40 years of the career of this legendary radio guide. Maestro Ambient Music Bonobo will play its last and most respected album Migration, and one of the most influential British musicians of today and godfather – Wiley and the new British stars Children of Zeus are added to the list.

In four other festival days on the Styrian fortress there will be impressive performances of over 300 performers in eight stages that will bring us over 380 hours of good music. The UK’s golden boy, J Hus, arrives with his infectious blend of rape and afrobeat, and there is also the queen of dancehall Stefflon Don, who wins her versatility of verse about the female power and street life. There are also strong names of grime and rape: AJ Tracey, Killa P., YGG, Lady Leshurr, Jaykae, Kamakaze, Grandmixxer, Trends and Boylan. This year too, the hip-hop scene will be presented in the right way, and will be led by MIST, Melanin 9, Ocean Wisdom and Devilman. More alternative and delicate hip-hop will be played at Fatima, Open Mike Eagle, MC Miss Red, Goth-Trad, Ryan De La Cruza, Ezra Collective and Layfullstop and Eve Lazarus.

Dub and reggae are the heart of the Outlook Festival since its first release, and Jah Shaka, Channel One, Iration Steppas, Johnny Clarke and Dub Asante band and Dub Smugglers are just some of the names that this year maintain this tradition. On the fortress, the first lady of the bass music Madam X climbs, then Loefah, Jubilee, Commodo, Gantz and Lamont, Kahn & Neek, MJ Cole, El-B, Zedu Bias, Flowdan, Spooky, Break, Icicle, SpectraSoul, Villem & McLeod, Blocks & Escher and many others.

In addition to already popular parties on ships and on the beach, the Outlook Festival this year for the first time descends into the underground world of the Zerostrasse tunnel under the city itself with a special event. There will be performances of the high-end musical collective Levelz from Manchester, famous for their superb atmosphere at their parties and collaborating with a number of quality and well-known DJs and MCs on the bass scene. In Zerostrasse so come Biome, Black Josh, Chimpo, Chunky, MC Fox, Rich Reason, Skittles, Metrodome, Sparkz, Truthos Mufas and T-Man. With them, this hot line up will round up Zed Bias and KSR. The Outlook Zerostrasse party will be held on Thursday, September 6th, All information is available through the Positive Rhythm.

The Novi Sad warming party for the Outlook Festival will be held on Saturday, May 12, at Boris’s studio at the Petrovaradin Fortress. The performance will be performed by Balkan mag drum & bass production – Billain with the support of Novi Sad DJ representatives in Pula – Kick Kong & Double B.

At the helm of the bass culture for the last ten years, Outlook Festival is a significant musical event, which honors the roots of the soundsystem movement