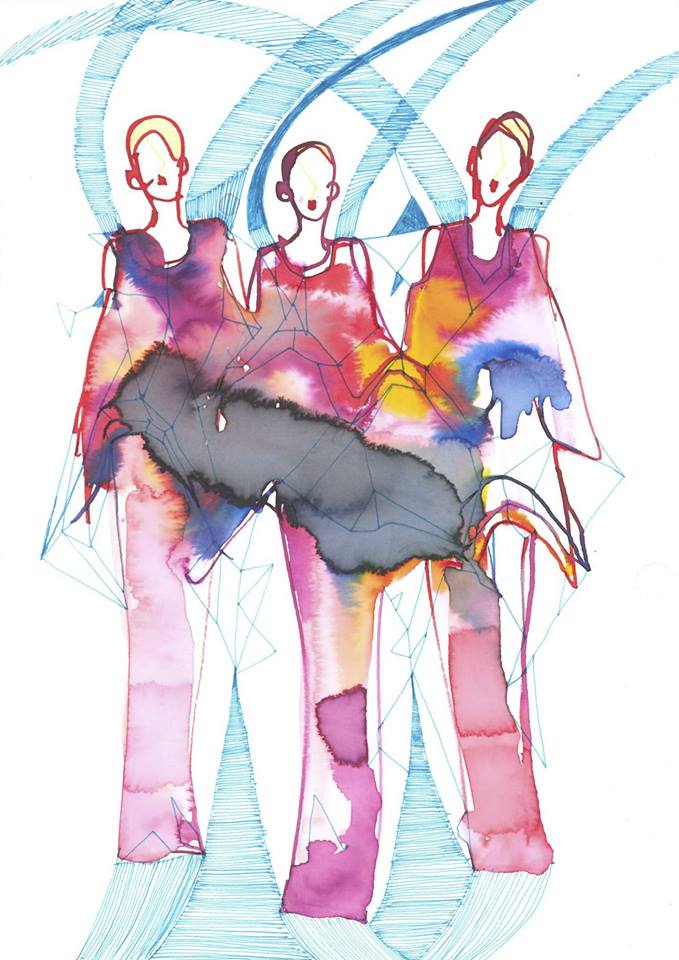 The series of drawing  / ROLLING came about after a long journey of authors, and they represent a reflection on the life of a modern woman today.

ON EXHIBITIONS:
“My creative process is developing under the influence of contemporary society – I focus on the human being’s alienation of emotions, real and unreal. I want to emphasize, stimulate and remind of the long forgotten values ​​that people once had: observation, waiting, observation, recognition of the vulnerability of human nature. “- Lara Popović
– The exhibition is of a sales character.

ABOUT AUTHOR:
Lara Popović is a costume designer and visual artist. Born in 1991 in Belgrade.
She graduated in 2013 at the Contemporary Exercise Module and completed her master’s degree at the Faculty of Applied Arts in Belgrade. Larin’s masterwork The costume, illumination and sound interaction in the Oceans Sea video work has done her ULUPUDS award. Her work is continually represented at exhibitions in the country and abroad.
As a costume designer, she has performed several performances for children at the Youth Theater Dadov, and Buzdovan is directed by professional performers directed by Predrag Stojmenović in Kruševac Theater.
As an assistant costume designer, he has been involved in several film and theater projects.
Lives to be trained and acquired new skills and competences and often participates in domestic and international projects.