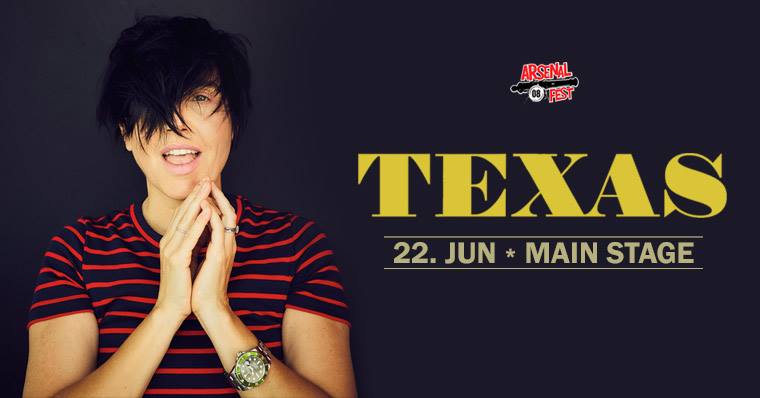 Scottish hitmakers Texas for the first time in their career come to Serbia on June 22 as the Main Stage Heat Arsenal Festa 08.

The band, founded by singer Sharleen Spiteri and guitarist Johnny McElhone in over 30 years of existence, sold over 40 million albums worldwide, and are known for hits such as “I Do not Want A Lover,” “Say What You Want “,” Black Eyed Boy “and” Summer Son “.

They come to Kragujevac with the successful ninth album behind “Jump on Board” (2017), which was announced with the video “Let’s Work It Out Together” featuring famous footballer Tjeri Anri!

“Standing on stage and singing from all over the heart, it’s great! It’s the best thing on the planet. I absolutely love it! When thousands of people stand in front of you, and you’re all together at that moment,” says Spiteri.