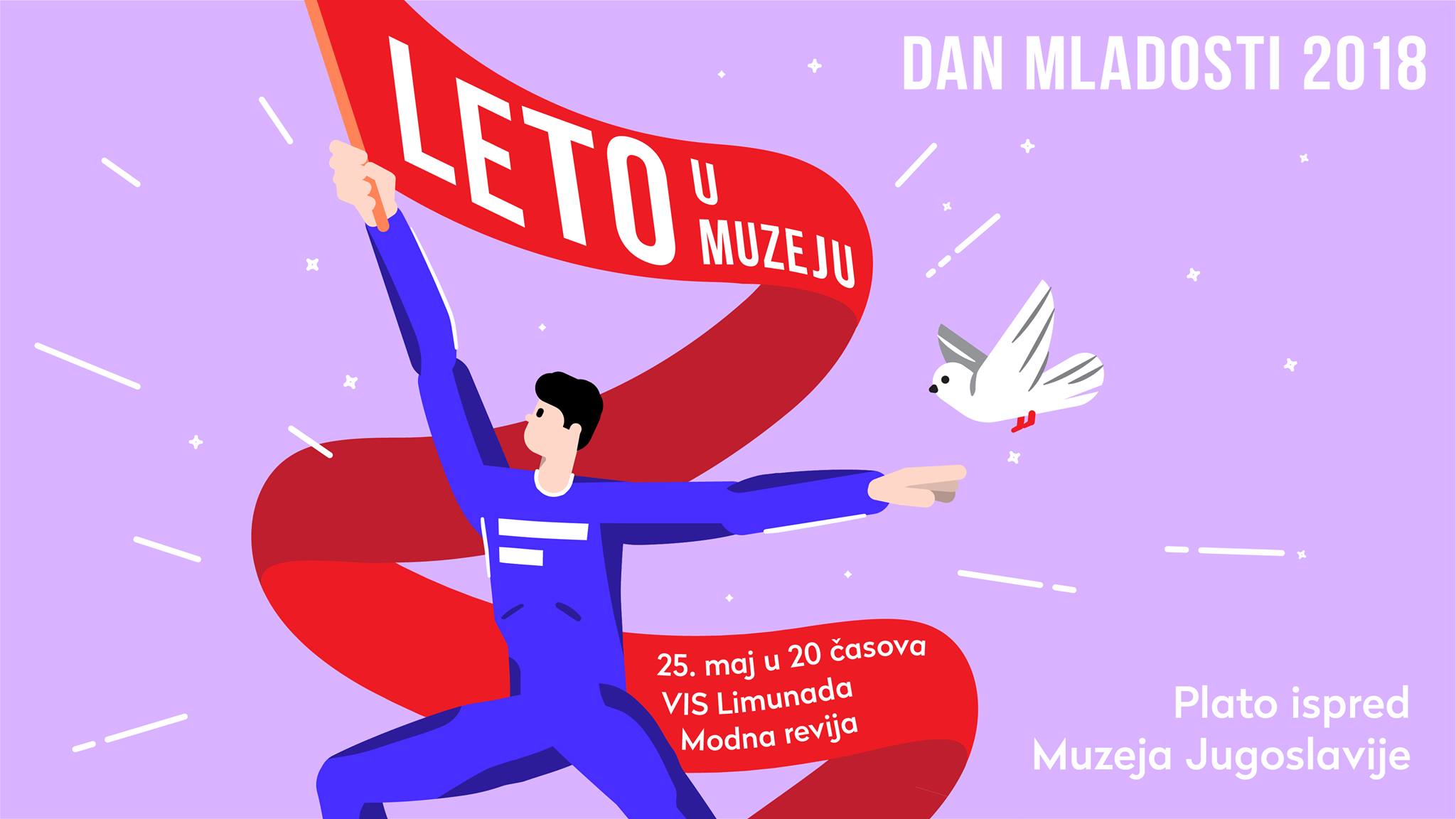 The Museum of Yugoslavia invites you to celebrate the Youth Day together and officially launch the exciting program that awaits us this summer. The program will open VIS Limunada with a spectacular performance with a large number of guest performers, followed by a fashion show of summer collections by young local designers. The entrance is free!

VIS Limunada is a Belgrade musical composition whose work is inspired by various aspects of Yugoslav cultural heritage. With his performance during the Year in the Museum, the audience will conjure up the atmosphere of big festivals from the time of the rockers and rocker, the film and fashion industry in the emergence and cosmopolitan life described by the legendary film Ljubomir Radičević Ljubav i moda. The music will be followed by the string quartet Intermezzo and the wind section of the Belgrade alternative band Bullet for the Badman, accompanied by the choreographic support of the Ballet Studio Pirouette and the children of the services of the Center for Youth Integration from Belgrade, as well as video projections signed by the KUD Sestre.

A special part of the program is a fashion show in which the audience will be presented for the first time by a collection of bathing suits and recreational clothing, Limunada sport, authors Tijana Milutinović, Lidija Andrić, Mine Davidović, Ivana Jovanović (Studio Greška), Dušanka Savić (Riverra Swim and Sports ) and Elene Douchey (Rein).