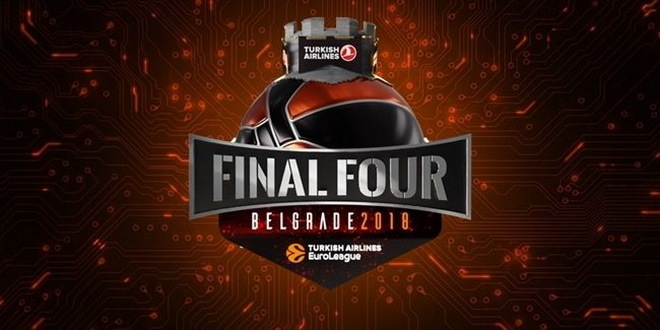 From 18 to 20 May in Belgrade, Stark areni will be held the final tournament of Euroleague – Final Four 2018, and the participants are: Real Madrid, CSKA, Fenerbahce and Zalgiris.

For the title of the champions, these four best European basketball teams will fight in the 2017/18 season. Their duels will be watched by directors in direct TV broadcasts in almost all countries of the world.

More than 10,000 tourists from Spain, Russia, Turkey, Lithuania, and fans of the aforementioned clubs from other countries and fans of the best European basketball will arrive in the capital this May weekend.

Final Four 2018: Basketball courts on Kalemegdan
This is the first time that the Final Four Evrolige will be held in Belgrade.

Stark arena will have a completely new visual identity for this occasion, and fans of the Belgrade Fortress will be set up. At Kalemegdan, the courts of the basketball clubs Partizan and the Red Star – infrastructure and stands have been restored.

Two semi-final matches will be played on May 18, and on May 20, the match will be for the third place and finals.

Final Four Tournament 2018 will be the 18th in a row as organized by Euroleague Basketball. (danube.rs.rs)