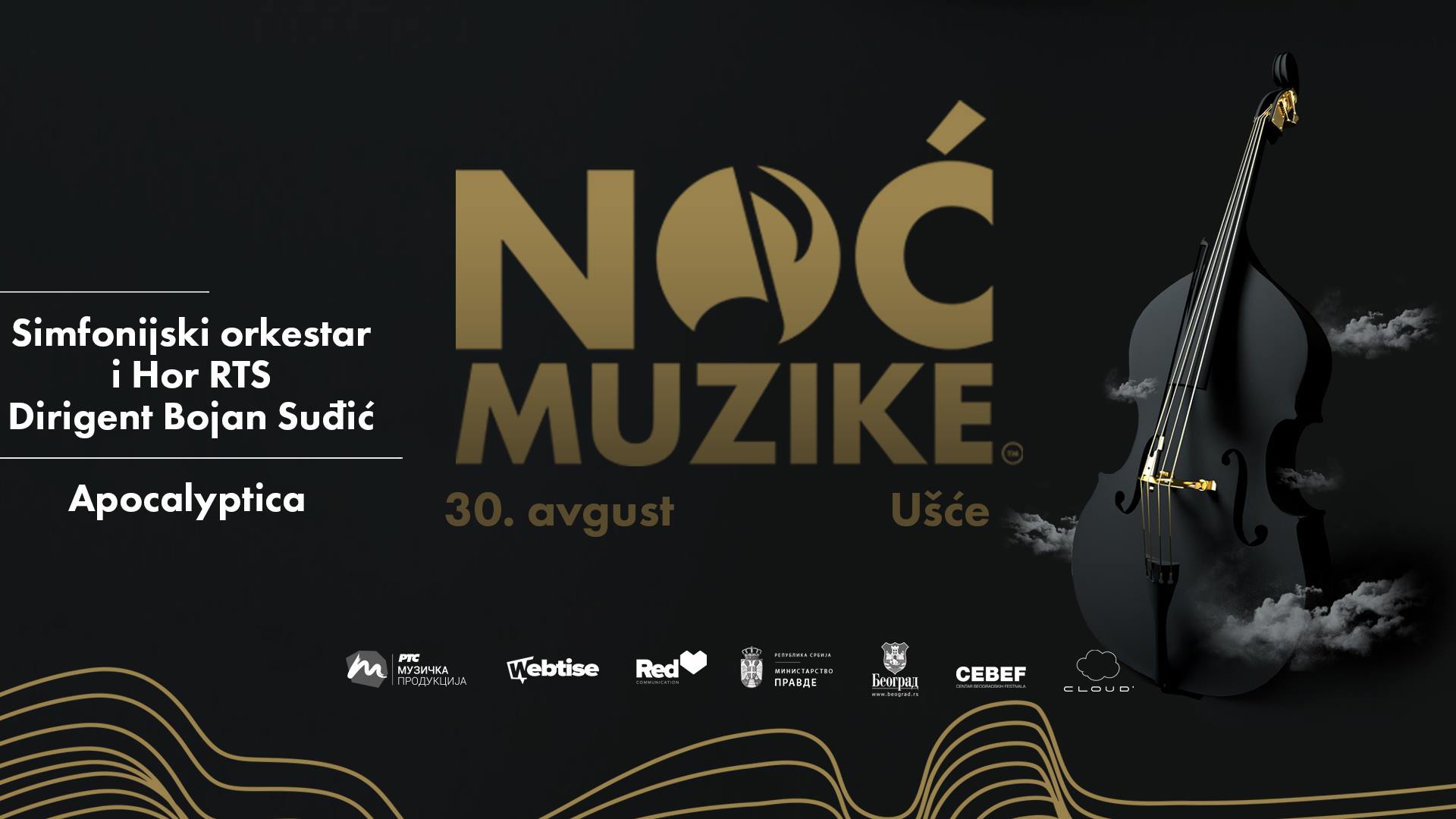 Ušće, Belgrade, Serbia
30.Aug.2019
20:00BeogradSrbija
Do you like this event? Click on a button to like it!
NIGHT MUSIC NIGHT! Symphony Orchestra and Hor RTS and Apocalyptic at Music Night!
This year’s fourth Music Night will be held on August 30 at the mouth of the city where it will provide all Belgrade citizens and visitors with an unforgettable evening with the music of the RTS Symphony Orchestra and the global music phenomenon, Apocalyptic. Music Night is being held this year as part of the Cloud Festival Platform, as well as Belgrade Beer Fest and Belgrade Music Week festivities.
Led by conductor Bojan Sudic, Symphony Orchestra and RTS Choir will open the Night of Music with Top Classics with popular fragments of the most famous works by Stevan Hristic, Giuseppe Verdi, Georges Bizet, Alexander Borodin, and compositions by Franz Supe, Artur Markesch, Artur Markic and Karl Orff.
A special surprise of this year’s Music Night is the performance of the Finnish band Apocalyptic, which, with the combination of heavy metal and classic, established a new musical direction and took an irreplaceable place on the world stage. Their current tour is dedicated to interpreting the legendary American band Metallica – a program called “Plays Metallica by Four Cellos” that will offer powerful and original interpretations of the greatest contemporary metal hits that four virtuoso cellists will conjure up live with their strings, bringing a starry sky above the mouth. After a rich 20-year career, millions of records sold worldwide and concerts held in over 40 countries, Apocalyptic has forever enrolled in the hearts of lovers of quality sound, and Belgrade audiences will be able to enjoy their music for free and in the open. The open-air summer event, Music Night, which has attracted over 45,000 visitors from all generations in previous years, will feature as many as seven hours of top-notch music programming this year.
Entry to Music Night is free with the download of the free KeepApp mobile app, which will be available on Google Play and the App Store from August, and VIP venues will be available with “All you can drink VIP PASS”.